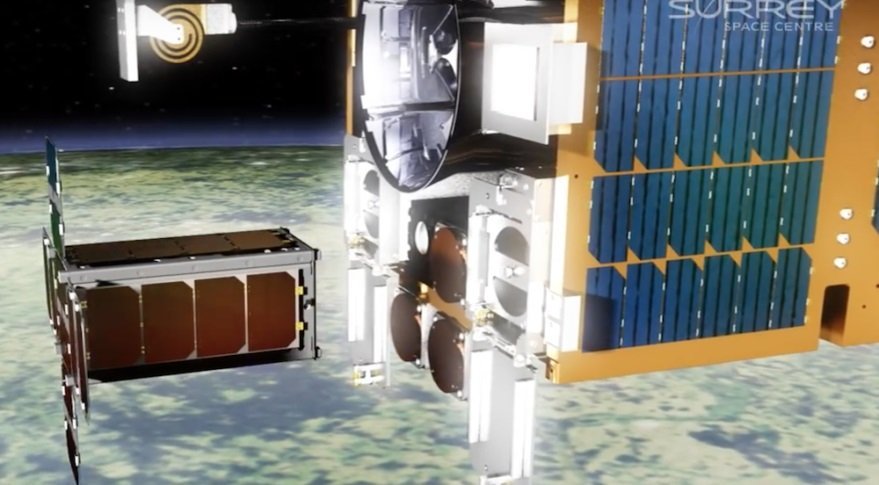 US: The RemoveDEBRIS satellite, one of the world’s first attempts to address the build-up of dangerous space debris, has successfully used its on-board harpoon-capture system in orbit.

The Airbus Stevenage designed harpoon featured a 1.5 metre boom deployed from the main RemoveDEBRIS spacecraft with a piece of satellite panel on the end. The harpoon was fired at 20 metres/sec to penetrate the target and demonstrate the ability of a harpoon to capture debris.

This marks the third successful experiment for the RemoveDEBRIS project. It previously used its on-board net to capture a simulated piece of debris, and then trialled its state-of-the-art LiDAR and camera based vision navigation system to identify space junk.

The team is now preparing for the final experiment, which is set to take place in March and will see RemoveDEBRIS inflate a sail that will drag the satellite into Earth’s atmosphere where it will be destroyed.

Professor Guglielmo Aglietti, Director of the Surrey Space Centre at the University of Surrey, said: “This is RemoveDEBRIS’ most demanding experiment and the fact that it was a success is testament to all involved. The RemoveDEBRIS project provides strong evidence of what can be achieved with the power of collaboration – pooling together the experience across industry and the research field to achieve something truly remarkable.”

Chris Burgess, Harpoon Lead Engineer at Airbus Defence and Space, said: “Successful in space demonstration of the harpoon technology is a significant step towards solving the growing issue of space debris.”

Chris Skidmore MP, Minister of State for Universities, Science, Research and Innovation, said: “Space debris can have serious consequences for our communications systems if it smashes into satellites. This inspiring project shows that UK experts are coming up with answers for this potential problem using a harpoon, a tool people have used throughout history.

“This mission is a powerful example of the UK’s expertise in space technology and that by working together our world-class universities and innovative companies can hugely contribute to the government’s aims for a highly skilled economy through our modern Industrial Strategy.”

RemoveDEBRIS is a small satellite mission to test four Active Debris Removal experiments. The satellite is designed, built and manufactured by a consortium of leading space companies and research institutions, led by the University of Surrey. The spacecraft is operated in orbit by engineers at Surrey Satellite Technology Ltd in Guildford, UK. The project is co-funded by the European Union.

The US Space Surveillance Network tracks 40,000 objects and it is estimated that there are more than 7,600 tonnes of ‘space junk’ in and around Earth’s orbit – with some moving faster than a speeding bullet, approaching speeds of 30,000 miles per hour.

The project is co-funded by the European Commission and the research learning to the results has received funding from the European Union Seventh Framework Program (FP7/2007-2013) under grant agreement n°607099.

The RemoveDEBRIS consortium consists of: 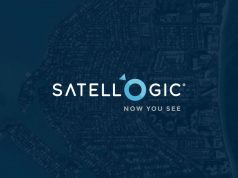