South Korea: Some 1,137 aircrafts and 265 ships in South Korea were affected over the past three years by North Korean GPS jamming signals. The North launched three GPS jamming attacks since 2010, according to data the Central Radio Management Office submitted to Saenuri Party lawmaker Lee Jae-young.

The first jamming attack, which lasted four days from August 23, 2010, originated in Kaesong, disrupting the GPS signals of 15 aircrafts and one Navy ship. The second was one was more severe. It lasted 11 days from March 4 last year, came from Kaesong and Mt. Kumgang, and disrupted the GPS of 106 aircrafts and 10 ships.

Third attack lasted for 16 days from April 28 this year and affected 1,016 aircrafts and 254 ships. The signal again came from Kaesong. 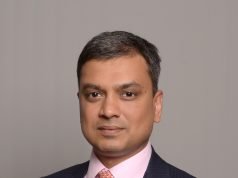