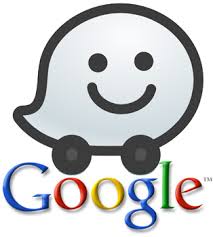 US: Google’s $1.1 billion acquisition of social mapping startup Waze has drawn the attention of the Federal Trade Commission (FTC). Google has been contacted by FTC lawyers intending to conduct an antitrust review of the acquisition, according to The Wall Street Journal.

Google may have sidestepped the usual process of notifying regulators prior to its announcement of the deal earlier this month by relying on an exemption. Filing is not required if the foreign company being acquired has sales of less than $70.9m, which the Israeli company with Silicon Valley headquarters is unlikely to have.

Google’s purchase of Waze may have attracted the FTC’s attention because its own mapping service is already so dominant globally, with some billion users vs the 45 million app downloads Waze had previously reported. By buying Waze Google removes a potential competitor to its service assuming Waze could have grown its user-base to become a head-to-head competitor with Google Maps. The WSJ reports that the FTC would have to determine whether Waze could have managed to challenge Google in that way, or whether there is any evidence showing Google wanted to acquire Waze specifically to prevent a rival buying the company. The WSJ suggests it’s unlikely the FTC will ask Google to unwind the Waze deal being as it would have to uncover evidence the acquisition would significantly damage competition in the mapping market.