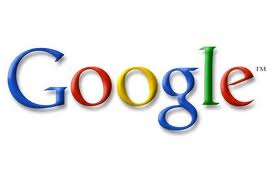 Speaking at the WHERE Conference, McClendon covered the evolution of the Google Maps and Earth projects, which are essentially based in these three principles. McClendon was a co-founder and angel investor in Keyhole, the geospatial data visualisation company acquired by Google in 2004 that eventually produced Google Earth.

Starting off with aerial satellite images, Google Earth library has grown with the integration of other sources, such as historical photos. To keep things consistent and current, Google Earth is updated every two weeks with as much new and updated imagery as possible.

Street View started in 2007 with five cities using 5-megapixel cameras on cars driving around city streets. Now, over 3,000 cities in 35 countries are covered will millions of miles of published images.

Google users can also get in on the mapping action themselves and help serve the community using the Google Map Maker. McClendon pointed out that this has proved especially helpful in developing countries where access to charting remote areas might be limited.

“2D maps are just the beginning,” McClendon asserted, positing that 3D is the future for digital and online mapping services. He concluded, “Five years from now, we’re not going to be debating about 2D. We’re going to be solving the problems of finding ourselves in the real world.”