Paris: According to Euroconsult's newly released research report, Profiles of Government Space Programs, global budgets for space programmes dropped to $72.1 billion in 2013 following peak spending at $72.9 billion in 2012. This is the first time since 1995 that public space programs worldwide have entered a downward trend, a direct result of the cyclical nature of countries' investment in space-based infrastructures combined with governments' belt-tightening efforts during tough economic times.

"Nevertheless, the current global context for public space programs shows many positive signs brought by new leading space nations and an ever-growing number of countries who have initiated plans to build up their space-based capabilities. We anticipate government space spending to recover in the second part of the decade in many countries currently experiencing intense budget pressure," said Steve Bochinger, COO at Euroconsult and Editor of the report.

In 2013, 58 countries invested $10 million or more in space applications and technologies, compared to 53 in 2011 and 37 in 2003. 22 more countries have been identified with plans for space investment. The US invested $38.7 billion in its space program (civil and defense) in 2013 confirming the downward trend initiated since the start of the decade. This is an $8.8 billion reduction compared to the peak spending of $47.5 billion in 2009. Russia recorded a massive increase of its public investment in space and is the only country after the US to pass the $10 billion cap. In the last five years, Russia's investments have accelerated at an impressive average growth of 32% in local currency. Another six countries invested over $1 billion: Japan, China, France, Germany, Italy and India, as well as the European Union. China's 8th place ranking for space spending as a ratio of its GDP indicates there is room for investment growth in the future. 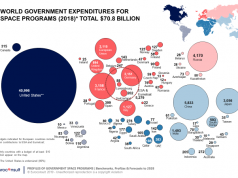 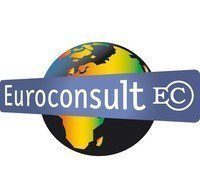