Germany: Germany has enacted new rules with regard to flying drones in the residential areas. The new rules limit people about what they can and cannot do with their UAVs. According to the new regulations, if a drone weighs more than 2kg (4.4lb), its operator is supposed to demonstrate knowledge of how to fly it safely, by presenting either a pilot’s license or a certificate from an air sports association, or by taking an examination.

If the drone weighs more than 5kg (11lb), operators will have to get special permission from the federal aviation authorities before they can use it.

Popular drones such as DJI’s Phantom range tend to weigh less than 2kg, so for most people the new rules won’t mean having to demonstrate operational knowledge or involve getting permission to fly.

However, any drone weighing 250g (0.56lb) or more will from October 1 have to carry a badge or aluminum sticker bearing the owner’s name and address.

Drones cannot be flown above a height of 100m without permission. If they weigh over 250g, they cannot be flown over residential areas. And whatever the weight, if it can broadcast or record video or audio, flying it over houses that aren’t your own is verboten.

The same goes for flying drones over police and rescue operations, main roads, gatherings of people, and airports’ flight paths.

As is the case with the UK’s drone code and other similar regulations, there’s a general rule that operators have to keep their drones in sight at all times.

The German government amended its air-traffic regulations at the start of the year, but the changes only became effective at the end of last week. The new regulation will act as a bridge to future laws that are being drawn up at European level, with implementation probably a few years away.

Transport minister Alexander Dobrindt said in a statement that more people are using drones, and the devices offer potential for both private and commercial applications. However, he noted, the more drones that are out there, the greater the risk of accidents.

“We have set clear rules for the use of drones,” Dobrindt said. “With them, we’re opening the way for the possibilities of this futuristic technology, while increasing airspace safety. Along with security, we’re also improving privacy protections.”

The privacy impact of drones, of which there are now an estimated 400,000 in Germany, is far from theoretical. On Friday, the day on which the new rules entered into force, Munich police said they were looking for two drone operators who had used a camera-equipped drone to spy on a young woman who was sunbathing naked on her rooftop.

Deutsche Flugsicherung (DFS), the company that runs Germany‘s air-traffic control, has long been lobbying for strict rules on drone use. According to spokesman Christian Hoppe, the new regulations show “room for improvement” but represent “a good first step, which has to be more precise in the long run”.

Ultimately, DFS would like to see all drones registered, as is mandated in the US by the Federal Aviation Administration.

“Registration is a bit more advanced because it has to be possible to detect a drone,” Hoppe said.

“Therefore registration with something more, for example, a technology [with which] you can see the drone on radar, would be a next step we are in favor of. But we’re glad we now have something that [says] you have to put something like a plate on your drone that shows to whom it belongs.”

Drone operators also seem happy with the new rules. A spokesman for UAV Dach, Germany‘s largest drone association, said the regulation strikes “the right balance between improving safety by covering gaps that were not regulated before and at the same time leaving enough freedom and flexibility to those who want to operate unmanned aircraft for features like new technologies and future applications”. 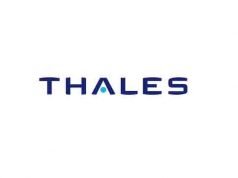