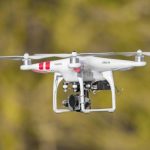 UK: Vodafone has developed an air traffic control system for drones that would eliminate airport trespassing and narcotics trafficking, and at the same time bring delivery drones closer to us. Drones usually cannot be tracked by conventional radar systems due to their small size, but Vodafone has created a 4G network SIM card that makes them visible on air traffic control systems and allows operator greater control if they go off course. The worlds first Radio Positioning System can track a drone in real-time…(Read More) 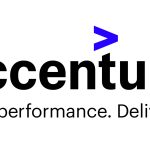 UK: Accenture has announced new services for testing Artificial Intelligence (AI) systems that is built on a “Teach and Test” methodology designed to help companies build, monitor and measure reliable AI systems, either using their own infrastructure or on the cloud. “As organizations embrace AI, it is critical to find better ways to train and sustain these systems — securely and with quality — to avoid adverse effects on business performance, brand reputation, compliance and humans,” Bhaskar Ghosh…(Read More) 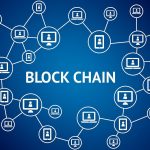 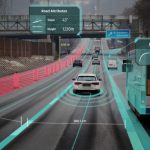 UAE: The Roads and Transport Authority (RTA) of Dubai and HERE Technologies have signed a memorandum of understanding on a long-term technology collaboration with the aim of mapping the city with high definition technology for the first time. HD maps are a prerequisite to moving Dubai closer to its goal of having 25% of public transport self-driving services by 2030. Both parties plan to deploy newly available location technologies in the development of a data infrastructure to support safe, sustainable…(Read More) 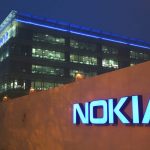 Singapore: Singapore operator StarHub in partnership with Nokia has developed a suite of analytics services for digital cities. The platform seems to be a refinement of Nokia’s AVA cognitive services platform with the introduction of real-world use-cases. “We have a strong team of data analytics experts with a diversity of capabilities, and we have introduced several successful mobility analytics use cases in Singapore for strategic and operational urban planning and decision making,” said Dr. Chong Yoke Sin…(Read More) 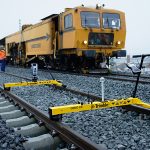 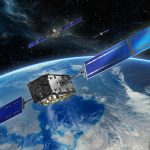 US: Cadence Design Systems and Galileo Satellite Navigation (GSN) have announced that the software-based GNSS global positioning system (GPS) receiver from Galileo Satellite Navigation is now available for the CadenceTensilicaFusion F1 DSP. The software-based GNSS receiver allows customers to easily add full GPS functionality with design flexibility and long-term upgradeability at a minimal cost, low power, and no physical size to today’s cost-sensitive IoT applications. To get the lowest…(Read More) 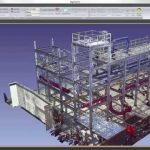 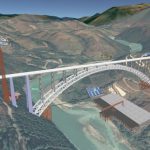 China: The Dali to Ruili railway is a single-track passenger and freight railway being constructed at a total cost of CNY 25.7 billion in the Yunnan province of Southwest China. The China Railway Eryuan Engineering Group Co., Ltd., established as a subsidiary to China Railway Group Limited in 1952, is responsible for design and 3D modeling of the 330-kilometer project. Using Bentley’s BIM technology, the design team greatly improved design efficiency and shortened the design time by 1,000 hours…(Read More) 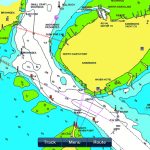 Switzerland: Garmin today announced that it has acquired Navionics S.p.A., a privately-held worldwide provider of electronic navigational charts and mobile applications for the marine industry. “Navionics has long been known as a leading supplier of highly accurate navigational charts and mobile applications for boaters,” said Cliff Pemble, Garmin president and CEO. “By combining Navionics’ content with Garmin’s BlueChart and LakeVü content, we will be able to offer the best available breadth…(Read More) 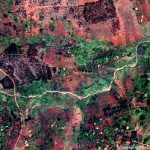 UK: Earth-i has been awarded a grant of £2.7 million from the UK Space Agency’s International Partnership Programme, which supports UK space firms tackling global challenges. The grant will enable Earth-i to launch the ACCORD programme in Kenya and Rwanda. ACCORD has been specifically developed to help smallholder coffee farmers in Africa improve crop quality and yield.  It combines Earth-i’s very high-resolution satellite imagery with  WeatherSafe’s data platform to provide an extensive crop…(Read More) 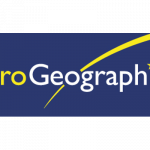 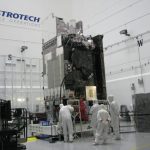 Australia: Harris Corporation’s second Advanced Baseline Imager (ABI), built for the National Oceanic and Atmospheric Administration’s (NOAA) weather-monitoring mission, is scheduled to launch March 1 on the Geostationary Operational Environmental Satellite-S (GOES). The ABI will be controlled by the Harris-built enterprise ground system and deliver three times the amount of spectral coverage in four times the resolution and five times faster than older GOES satellites. It will provide better weather…(Read More) 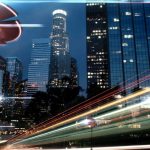 Singapore: Nokia has announced a slew of initiatives intended to position it as a supplier of digital city products and solutions. In a bid to further consolidate its position, Nokia’s digital cities push comes soon after it announced to revamp its wearables division which is reeling under losses. IoT for Smart Cities is a modular platform designed to help operators and systems integrators to do unified smart city management and to launch new services in this area. It’s powered by Nokia’s Integrated Operations Center (IOC)…(Read More) 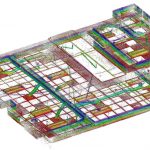 UK: GeoSLAM will demonstrate how its ZEB-REVO RT handheld laser scanner can be used to slash the time and cost required for complex indoor 3D mapping on construction sites at the 2018 Association of General Contractors of America (AGC) Convention. The conference and exhibition will be held February 26-28 in New Orleans. In addition to live demonstrations of the ZEB-REVO mobile scanner and real-time SLAM processing software, GeoSLAM will highlight a recent case study where a major…(Read More)

Did you know what are the five levels of autonomous cars? 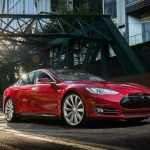 The autonomous car market is booming and in the coming years, people are hopeful that they will provide relief from traffic congestion, parking problems and all other woes of driving in crowded cities. The technological dimension will reorient the car industry and change it forever. Assorted autonomous cars of different sizes and with different specifications would be blaring horns in our vicinity in the near future. But have you ever wondered about the classification of autonomous cars…(Read More)

How Drones could Help Save the Environment 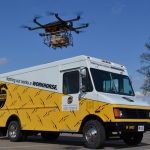 A research done by an environmental scientist at Lawrence Livermore National Laboratory shows that delivery drones can lessen the burden on the environment and deliver smaller packages faster than trucks. Delivery trucks are responsible for about 20% of the world’s greenhouse gas emissions. Transportation is still largely powered by fuels made from oil and is now the largest source of greenhouse gas emissions in the US. Medium and heavy-duty trucks which deliver freight to warehouses and consumers’ homes amounts to 415 million metric tons…(Read More) 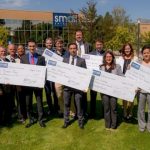 The future of smallsats is bright – and judging by the work that universities and their students are doing, it’s only going to get better. Aerospace engineering programs are getting more popular as students look to enter the new space race, and the focus on satellites is increasing. NASA’s ELaNa (Educational Launch of Nanosatellites) has been a very successful initiative to attract and retain students in the field of satellite research and has involved many universities. While the number of universities doing excellent work…(Read More)