US: US President Donald Trump’s plan to privatize the International Space Station starting from 2025 has faced stiff opposition, including from some quarters within the Republican Party. The Trump administration declared in February it wanted to redirect the money it spends on the ISS toward other space exploration projects, like returning to the Moon and eventually sending people to Mars. But the plan was construed as too myopic by experts and, more importantly, by lawmakers…(Read More)

Counterfeiters in Asia to face challenges from AI

Estonia: Estonian company Neuromation strengthens its position in the Asian market and announces the start of cooperation with Linfinity. Under the partnership, Neuromation will process and analyze data for Linfinity’s blockchain and IoT-driven supply chain solutions. Neuromation will also produce large-scale synthetic datasets for further development of AI-powered production management and consumer behavior solutions for use by Linfinity. The partnership’s first product will focus on one of Asia’s…(Read More)

US: Emissions of one of the chemicals most responsible for the Antarctic ozone hole are on the rise, despite an international treaty that required an end to its production in 2010, a new NOAA study shows. Trichlorofluoromethane, or CFC-11, is the second-most abundant ozone-depleting gas in the atmosphere and a member of the family of chemicals most responsible for the giant hole in the ozone layer that forms over Antarctica each September. Once widely used as a foaming agent…(Read More)

US: T Carta, a global provider of marine geospatial products, has delivered satellite-derived bathymetry (SDB) to Total SA, one of the world’s largest oil and gas producers. Total will use the water depth data for preparing seismic survey works off the coast of Myanmar. “Our processing team delivered the satellite-derived bathymetry just a few weeks after Total placed the order,” said TCarta CEO David Critchley. “Traditional airborne or shipborne bathymetric mapping would have taken several months…(Read More)

Australia: Australian Federal Government has backed GIS People and their ground-breaking rapid damage assessment technology by awarding us a grant of just under $500,000 through the Accelerating Commercialization program. This represents the single largest grant ever awarded to a spatial company in Australia. Accelerating Commercialization, developed under the Australian Government Department of Industry, Innovation and Science, allows businesses, entrepreneurs…(Read More)

US: eSUB, a leading provider of subcontractor mobile and cloud-based project management and labor productivity solutions, is the latest recipient of an Autodesk Forge Fund investment. The investment will accelerate product development for a deeper product integration between the Autodesk BIM 360 construction management platform and eSUB to create a seamless user experience and develop a stronger alignment between the construction project owner, architect…(Read More)

US: In a first-of-its-kind study, scientists have combined an array of NASA satellite observations of Earth with data on human activities to map locations where freshwater is changing around the globe and to determine why. The study, published Wednesday in the journal Nature, finds that Earth’s wetland areas are getting wetter and dry areas are getting drier due to a variety of factors, including human water management, climate change and natural cycles. A team led by Matt Rodell…(Read More)

US: The Pennsylvania Department of Transportation (PennDOT) has signed Woolpert to one of three statewide photogrammetry contracts. The five-year, $2 million contract is for geodetic survey and photogrammetric mapping, including stereo-compliant aerial and mobile LiDAR collections. Mike Zoltek, Woolpert project manager, said that the services requested under this contract include, but are not limited to, vertical and oblique aerial photography acquisition, aerial lidar and mobile lidar acquisition…(Read More) 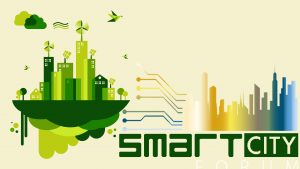 Technological literacy is a key to turn a city into smart city which is well connected, sustainable and resilient, where information is not just available but also findable. It is not a new thing that smart city is all about providing smart services to its citizens which can save their time and ease their lives. It is also about connecting them to the governance where they can give their feedback to the government as of how they want their city to be. And this aim can’t be turned…(Read More)