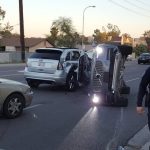 US: In a latest blow for the car-hailing app Uber suspended its fleet of self-driving cars as an Uber Technologies car – a Volvo SUV – carrying two passengers, met in a car crash in Arizona. Photographs posted online show the car lying on its side next to another badly damaged vehicle…Read more. 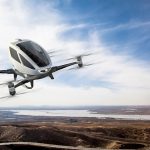 Singapore: Airbus has announced to reveal more details about its unmanned parcel-delivery drone trail soon in Singapore. Along with this, the company also announced to extend its plan of transporting passengers as well…Read more. 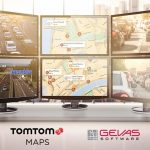 The Netherlands: TomTom has announced that its industry-leading live traffic data has been chosen to power the traffic management centres of two more of Germany’s leading cities: Frankfurt and Düsseldorf…Read more.

China to contribute US$64 million for EgyptSat launch

Egypt: China has recently announced that it will contribute a sum of US$64 million for the launch of Egyptian Earth observation satellite program, EgyptSat, as part of a new cooperation agreement signed between the two counties…Read more.

Philippines government to use drones in mining sector Philippines: Following the Department of Environment and Natural Resources (DNER) urge to hold strict environmental standards in mining, students from the University of the Philippines (UP) are now pushing for the use of drone technology that will make auditing mining firms cheaper, faster, and more accessible…Read more.

IN THE WEEK’s BLOG:

Smart Mobility: A tool for smart and sustainable city 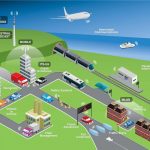 Many governments across many countries have tried to develop solutions to address traffic congestion, yet commuting continues to lengthen in most of urban centers. The increase in urban residents and creation of sub-urban areas are causing complex movement of people within and between cities as well as excessive commuting…Read more.

Cloud SQL for PostgreSQL – Your spatial database on the cloud 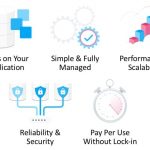 Here is a great news Google Cloud lovers and PostgreSQL spatial database administrators! Cloud SQL for PostgreSQL is here as a Beta release CloudPlatform. This announcement was made by Google on its Google Cloud Platform Blog…Read more. Around 250 million measurements taken by ESA’s CryoSat over the last six years have been used to create a unique 3D view of Antarctica, offering a snapshot of the undulating surface of this vast ice sheet. 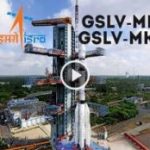 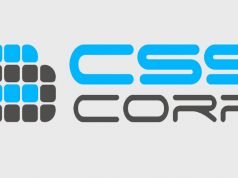