Uber partners with NASA to develop flying taxis by 2020 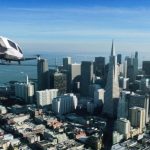 US: In order to make its ambitious flying car project a reality Uber has signed a deal with NASA to provide the technology to make the cars city-friendly by 2020. According to the deal, NASA will help Uber to develop both aerial and unmanned traffic management systems for the taxis, which means taxis that can fly at low altitudes over urban environments.To make this dream a reality, the company has also partnered with manufacturers to develop the cars and said it would integrate them into its user network… (Read More)

Airbus signs a contract with ESA for in-orbit demonstration 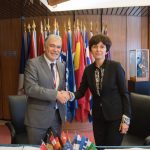 France: Airbus has signed a contract with the European Space Agency (ESA) for an in-orbit demonstrator within the frame of ESA’s Telecommunications Systems (ARTES) Pioneer program. The in-orbit project — known as IODA (In-Orbit Demonstrator by Airbus) — will be crucial in the development of key elements including infrastructure (spacecraft, payload and ground segment), launching the first satellite and validating the entire system in a multi-mission scenario. The main objective for IODA is to… (Read More) 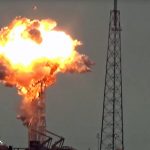 US: In a setback for SpaceX, one of its latest rocket’s engines exploded due to reasons not identified as of yet. An investigation has already been launched to determine the cause of glitch and malfunction which caused the explosion, Elon Musk, the founder and CEO of SpaceX said. No one was injured during the ‘qualification test’ of the Merlin engine in McGregor, Texas, but the unexpected occurrence shocked everyone. “No one was injured and all safety protocols were followed during the time of this incident… (Read More) 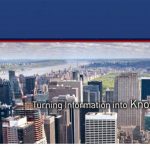 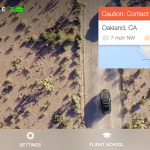 US: AirMap and Kespry today announced a partnership that brings AirMap’s best-in-class airspace intelligence, including airspace advisories, wind, and weather, to Kespry’s leading automated UAV solution. The new integration empowers Kespry’s industrial customers to fly with confidence, ensuring that each mission can be flown more safely, more efficiently, and in compliance with relevant airspace conditions and requirements. Kespry manufactures the autonomous Kespry drone, part of an end-to-end… (Read More) 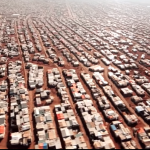 The United Nations High Commission on Refugees (UNHCR) has roped in Google to create an interesting project called Searching for Syria. The interactive and user-friendly project uses a wide variety of data and imagery — including aerial images, videos, satellite imagery, demographic data and other footage such as testimonials of refugees — to comprehensively take stock of the Syrian war. The website, devoid of any partisan political undertones, provides information about all facets of Syria before the war… (Read More)