Waymo to test its self-driving cars this winter 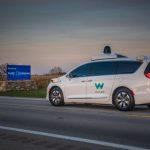 US: A large number of companies in California are now test self-driving cars, with Samsung being the latest corporation to get permission from the state’s Department of Motor Vehicles. Waymo plans to test its self-driving Chrysler Pacifica Hybrid minivans in Michigan this winter. It will start with public-road testing in the greater Detroit area in the next few weeks. The company said it started cold-weather testing in 2012 and the Michigan test program would build on its earlier efforts…(Read more) 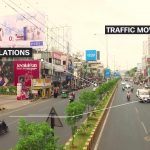 India: According to an estimate, by 2025, India will have 30 cities with more than 10 million residents. By this calculation, the Indian government’s audacious plan of building 100 smart cities will enable better living for citizens besides driving economic growth. Cisco’s technology and solutions for smart cities have been implemented in India like elsewhere in the world and are helping offer better citizen services, foster innovation and generate more jobs.  As a result, the govt…(Read more) 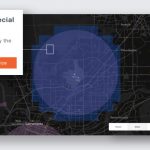 Velodyne LiDAR partners with YellowScan for integrated LiDAR for UAVs 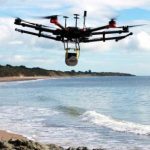 US: Velodyne LiDAR, the international leader in 3D vision systems for autonomous vehicles, has announced that it is collaborating with YellowScan to integrate its VLP-16 Puck and VLP-16 Puck LITE LiDAR sensors into YellowScan’s Surveyor for a turn-key and reliable LiDAR system for demanding UAV applications. Real-time LiDAR systems for UAVs are leveraged globally for industrial and scientific applications, including surveying, civil engineering, archeology, and environmental science…(Read more) 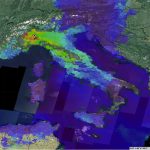 France: As per the 10th edition of Euroconsult’s report, Satellite-Based Earth Observation, Market Prospects to 2026, the Earth Observation (EO) data and services market should reach $8.5 billion by 2026 based on current growth trajectories. An alternative value-added services (VAS) model also presented has a combined market potential of $15 billion. This upside model considers the implications of new supply solutions being able to open further markets. As well, advances in AI…(Read more)

Trimble Q3 revenue grows by 15% as compared to last year 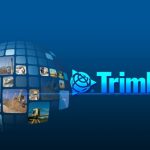 US gets ready for the winters – NOAA maps show the way 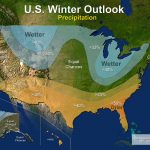 Weather forecasters at NOAA’s Climate Prediction Center recently charted out maps of the US that are likely to set up the mood for this winter season in the US. The forecasters have predicted La Nina playing a significant role in the Winter Outlook for 2017-18. “If La Nina conditions develop, we predict it will be weak and potentially short-lived, but it could still shape the character of the upcoming winter,” said Mike Halpert, deputy director of NOAA’s Climate Prediction Center. He added, “Typical La Nina…(Read more)