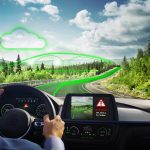 US: As static 2D maps fade away with the bezels of mobile phones, the future interfaces for navigation and gaming exist in augmented reality. App developers need new frameworks and reality-grade location data to build the next generation of spatially-enabled augmented reality experiences. Mapbox AR is the first comprehensive toolkit combining AR rendering software with global location data…(Read More)

US: DigitalGlobe, a Maxar Technologies company (formerly MacDonald, Dettwiler and Associates Ltd.) has announced the extension and expansion of multi-year agreements with two major existing commercial technology customers, one of which is DigitalGlobe’s largest commercial contract ever. These new multi-year agreements feature increased annual contract values and are contributing to growth…(Read More)

US: SpaceX has launched the first two satellites of its ‘Starlink’ broadband constellation into low-earth orbit. SpaceX said that its Starlink constellation would contain up to 12,000 microsatellites, and would constant global coverage when complete. SpaceX’s satellite broadband initiative differs from existing players to space-based internet infrastructure by using small satellites in low Earth orbit (LEO)…(Read More)

US: The Los Angeles Community College District (LACCD) has set a building information modeling (BIM) mandate for its $9.5 billion facility construction and modernization program, reported Cadalyst. For winning contracts, design-build teams for new construction and renovation work must name a BIM enabler and facilitator that will coordinate the project’s BIM workflow…(Read More)

India: An Indo-German MOU has been signed for an “Implementation Agreement in Sustainable Urban Development and Smart Cities in India”, .The objective of the programme is to develop and apply concepts for sustainable urban development about the provision of urban basic services and housing in selected cities and Smart Cities in India.  The Agreement was signed between Ministry of Housing…(Read More)

US: Toyota Motors is increasing its investment in startup companies to get a better grip on emerging technologies that have the potential to disrupt its existing line-of-business, according to the head of Toyota’s corporate venture arm. Toyota AI Ventures said that it is co-leading an $11.5-million seed investment in May Mobility, a Michigan based startup that is developing self-driving shuttles for college campuses…(Read More)

US: Daimler, BMW, and HERE Technologies have partnered to make “HERE HD Live Map an integral part of the two automakers’ autonomous driving technologies.
With these concerted efforts, the three companies say they are paving the ground for the future generation of autonomous Mercedes-Benz and BMW cars to be launched in the market with the benefits of HD Live Map on board…(Read More)

Delair partners with Frontier Precision to expand presence in the US

US: Delair has announced an agreement with Frontier Precision, a provider of UAV sales and support to commercial users in the Western United States. According to the agreement, Frontier Precision will operate Delair’s first service centers on the ground in the US, as well as expand their representation of the Delair product line to include all of the company’s products. Delair has made strong inroads into the US market, with a line of commercial UAV platforms aimed at specific markets…(Read More)

Uber partners with US city to develop Cincinnati Mobility Lab

US: In the bid to turn the US’ Cincinnati Region into a center of innovation, Uber has joined forces with the city to announce a long-term partnership to develop the Cincinnati Mobility Lab, which hopefully will serve a model for others. The ride-calling app has made a multi-year commitment to work with the Cincinnati region to ensure that the benefits of new transportation options are widely shared. This is for the first time in decades, when urban transportation is in the midst of rapid change…(Read More)

Features, specifications, and functionality of Alexa, the smart voice assistant developed by Amazon, have been greatly improved. In automobiles, Alexa is now incorporated into a new accurate mapping feature. Alexa Auto, the Amazon team that looks at integrating Alexa into cars, has succeeded in adding it seamlessly to vehicles and OEMs. OEMs would now directly interact with maps in digital instrument…(Read More)

How can location intelligence benefit advertisers 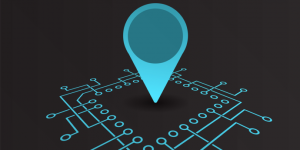 Today mobile devices have become ubiquitous. The amount of location data that they generate is enormous. And marketers around the world know the power of this data to identify audiences, gain competitive insights and observe offline consumer behavior. Location technology can hugely be beneficial to provide accurate offline attribution mechanism for digital campaigns. According to LSA’s Market over the past several years the discussion…(Read More)

Bill & Melinda Gates Foundation needs no introduction. Guided by the belief that every life has equal value, the Foundation has been on a crusade to save the world with the help of technology. And it has been particularly pushing for use of geospatial data and technology for developmental activities around the world. Recently, the Gates Foundation has committed to reshaping crop-based production systems…(Read More)