US: Mapping drone producer senseFly has unveiled a combined hardware/software solution that simplifies the mapping of linear assets with unmanned aircraft systems (UAS). According to the company, corridor mapping is a common task for many geospatial professionals…(Read more) India: The Indian state of Uttarakhand is planning to map the entire Kedarnath valley area, using satellite imagery. The decision has been taken to regulate tourism activities in the region. The temple town of Kedarnath is popular among tourists for its religious importance…(Read more) India: A team of researchers working on a project at the Indian Institute of Science (IISc) has revealed that thousands of hectares of forest land of Kerala’s forest land that is one of the world’s greatest biodiversity hotspots have disappeared…(Read more) 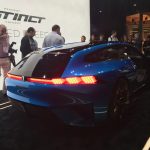 Harvard invites application for “Map of the Month” contest 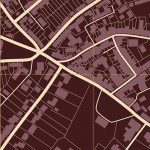 US: The Innovations in Government Program at the Harvard Kennedy School’s Ash Center for Democratic Governance and Innovation is seeking applications for the Map of the Month contest, a new initiative dedicated to recognizing highlighting the impactful work being done in the area of data visualization and mapping…(Read more)

Google Maps has a new home screen, Designed for INDIA 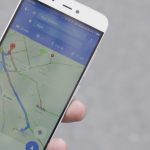 Google rolled out a new home screen on Google Maps for Android, specifically designed for people in India.Newly added shortcuts on the home screen that help you explore the app in just a few quick taps. In the new Google Maps app, you’ll instantly see a directions card with different modes of transportation…(See here)

What are the technologies driving the geospatial industry?