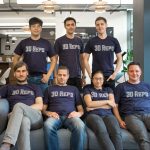 UK: 3D Repo has been shortlisted for a prestigious British Construction Industry Award. These Awards have been recognizing excellence in construction for society for 30 years, and have the backing of the Prime Minister through the Prime Minister’s Better Public Building Award. The awards will be presented on 11th October at a gala dinner at the Grosvenor House Hotel in London. In a year when a record breaking number of entries were submitted, 3D Repo…(Read more) 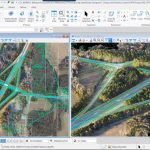 US: GeoCue Group, in partnership with the United States Geological Survey (USGS) and with support from the Texas Natural Resources Information System (TNRIS) is providing free access to pre-event LiDAR and imagery data in the areas impacted by hurricanes Harvey and Irma. The data are provisioned on GeoCue Group’s Earth Sensor Platform (ESP), hosted in Amazon Web Services, and are available at GetLiDAR.com. ESP is a joint project developed…(Read more) 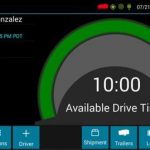 US: Trimble announced that its FieldMaster Logs application has been registered with the Federal Motor Carrier Safety Administration (FMCSA) as a self-certified Electronic Logging Device (ELD) solution. FieldMaster Logs adds Hours of Service (HOS) and Driver Vehicle Inspection Report (DVIR) functionality as part of its robust Fleet Management portfolio. In order to prevent driver fatigue and reduce accidents, the FMCSA’s HOS rules restrict the number of hours a driver…(Read more) 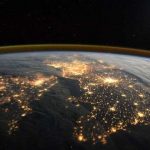 Pillar announces the launch of its Geospatial division 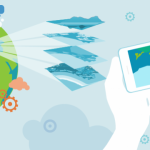 US: Pillar, a premier roadways and operations maintenance advisor, has launched its Geospatial Solutions division. Sarah Hague has been announced as the director of the new team that will utilize GIS data to maintain roadways, provide information and increase efficiency of local government services. Ms Hague is a certified National Emergency Number Professional (NENA), certified GIS Professional and ESRI certified professional. She has more than 17 years of experience in the field of GIS…(Read more) 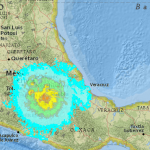 A powerful temblor of 7.1 magnitudes on the Richter scale rocked Mexico, causing rampant destruction and huge loss of life and property. The death toll in this tragedy has crossed 225 and thousands more are injured, missing, or lying in the debris, waiting to be rescued.  The epicenter of this powerful quake was in Puebla, which is about 80 miles from Mexico City. ESRI has drawn an impact summary map so as to entirely focus on the region and provide accurate and detailed analysis…(Read more) 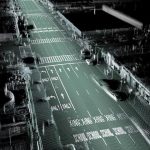 Use of digital maps in navigation devices and mobiles has become passé, more so, because these maps are simple, primarily meant for humans, who can understand simple instructions as they navigate. In this era of autonomous vehicles, where machines and robots need to make decisions on roads, we need a new set of maps, purposefully built for robotic systems. Maps now need to be democratized beyond humans. While robots have the capability to do some things more efficient than humans…(Read more)