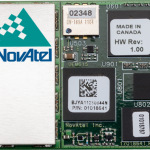 Canada: Esterline CMC Electronics and NovAtel have announced a new strategic partnership, extending their collaboration in Global Navigation Satellite System (GNSS) positioning technology that started in the late 1990s. The partnership will see NovAtel’s industry-leading GNSS measurement technology integrated into a new Esterline CMC-designed multi-constellation, multi-frequency (MCMF) chipset for certified aviation use. The DO-254 Level A certified chipset will allow both companies…(Read more)

Gilberto Câmara appointed as the next GEO secretariat director 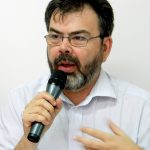 Switzerland: Gilberto Câmara has been appointed as the next GEO Secretariat Director by The Group on Earth Observations. He will officially resume his duties from 1st July 2018. Gilberto Câmara is a leading researcher in Geoinformatics, Geographical Information Science, and Land Use Change with Brazil’s National Institute for Space Research (INPE). He is recognized globally for promoting free access and open source software for Earth observation data. Under his guidance…(Read more) 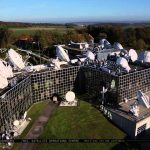 Luxembourg: Luxembourg, a tiny country in Europe nestled between Germany, France, and Belgium, is planning to build an Earth-observation satellite for governmental and military purposes, and to expand its space capacity. Directorate of Defence of Luxembourg has recently launched a study and is holding talks with a contractor, according to Geoffroy Beaudot, the space program manager. “We are already engaged with a company to develop this Earth observation program…(Read more) 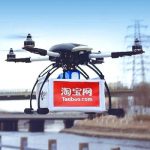 China: Alibaba, the Chinese retail e-commerce behemoth, said that it used drones for the first time to deliver packages across the waters. Six boxes of passionfruit, having a combined weight of around 12 kilograms, were delivered using 3 drones, from Putian in China’s eastern Fujian Province to nearby Meizhou Island on 31st October. Due to strong winds, the drones took nine minutes to travel the five kms crossing. Each drone can carry up to seven kilograms, as per Xinhua news…(Read more) 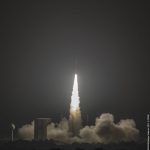 France: A military observation satellite built in secrecy in France for the Moroccan government launched today by Vega rocket from the Guiana Space Center in South America. The satellite known as Mohammed VI-A  optical imaging craft, lifted off at 8:42:31 p.m. EST Tuesday (0142:31 GMT Wednesday) from the European-run spaceport in Kourou, French Guiana. “Arianespace is delighted to confirm that the Mohammed VI-A satellite successfully separated in its targeted sun-synchronous orbit…(Read more)

CII recognizes Cyient as one of India’s most innovative organizations 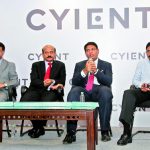 India: Cyient has been recognized by the CII Industrial Innovation Awards 2017 as one of the ‘Top 26 Innovative Organizations’ in India. Instituted by CII in 2014, the CII Industrial Innovation Awards recognize and celebrate innovative Indian enterprises and budding start-ups across industry segments on an annual basis. For the 4th edition of the Awards, an illustrious grand jury, comprised of leaders in technology, business and the innovation space…(Read more) 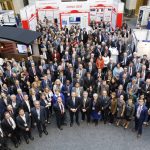 With an aim to strengthen the coordination and cooperation among the global earth observing systems, the Group on Earth Observations (GEO) and the National Oceanic and Atmospheric Administration (NOAA) successfully concluded the GEO Week 2017, from 23rd October – 27th October 2017, held at the Ronald Reagan Building and International Trade Centre, in Washington, D.C., USA. The event consisted of the GEO-XIV Plenary, side events and exhibitions which efficiently highlighted…(Read more) 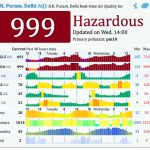 With a dense cluster of smog shrouding the National Capital Territory of Delhi for the past two days, the city has become a veritable gas chamber. On Wednesday, the PM 10 level in Delhi shot through the roof to cross 1,000-plus at places, as per the data provided by the Delhi Pollution Control Committee (DPCC). On the World Air Quality Index, at least three localities in Delhi showed an alarming 999 of PM 10 (recorded at 1300 hrs, November 8) — RK Puram, ITO, and Punjabi Bagh…(Read more)