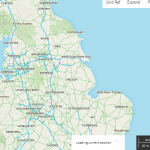 UK: We do wonder what the name of the hill at some distance is. Or how far away a particular city is from the spot we are currently at. Now what is needed is just a mobile phone or tablet and Ordnance Survey’s new augmented reality feature will do the rest. The greatly popular OS Maps application, now includes a fantastic augmented reality (AR) feature that can call on over 200,000 locations throughout the UK. With the help of phone or tablet’s camera view; hills, mountains…(Read more) 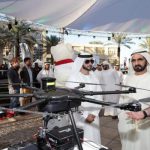 Dubai: Drone enthusiasts and commercial drone-owners now have the chance to get free training sessions from the world’s best and legally register drones in Dubai. Dubai Police and Dubai Civil Aviation Authority (DCAA) will host the Unmanned Aerial System (UAS) Forum on October 16-17 to inform and educate the industry on the safe and legal use of drones. The training will be free for 200 pre-registered participants, who will gain in-depth understanding of UAS, shaped by perspectives…(Read more) 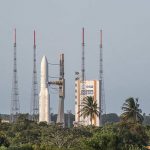 France: Arianespace has successfully launched the Intelsat 37e communications satellite, along with the BSAT-4a digital TV broadcast satellite for Space Systems Loral (SSL) as part of a turnkey contract with Broadcasting Satellite System Corporation (B-SAT) of Japan. The launch took place on 29th September 29 at 6:56 p.m. (local time in Kourou) from the Guiana Space Center (CSG). With this ninth launch of the year, and the fifth by Ariane 5, Arianespace also logged the 81st successful launch…(Read more)

Geospatial technology to be used in cleaning the river Ganga

India: Satyapal Singh, Union minister of state for Water Resources, River Development and Ganga Rejuvenation in India, has asked the officials of  National Mission for Clean Ganga (NMCG) to use geographic information systems ( GIS) mapping for assistance in cleaning the river. The minister told the officials to develop a water quality monitoring app and a water testing kit that can be distributed to the people. He laid emphasis on the use of geospatial and crowdfunding technologies…(Read more) 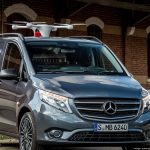 Switzerland: German automaker Mercedes-Benz has entered into a partnership with Matternet, a US drone systems developer, and Siroop, a Swiss online retail firm, for a drone delivery pilot program in Zurich, Switzerland. The program, which was initiated on September 25th, uses drones with modified delivery vans. In the three-week pilot program, Siroop customers will be able to order certain items for drone delivery (items weighing less than 4.4 pounds). Drone flights will take place seven hours…(Read more) 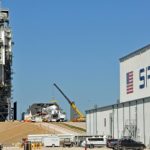 Taiwan: On a bright Monday morning from Vandenberg Air Force Base, in California, SpaceX launched Taiwan’s first domestically designed satellite into space. The satellite launched using a Falcon 9 rocket, will be used in earth observation studies. Named as FormoSat-5, the satellite weighs 500 kg approximately. The FormoSat-5 satellite is carrying an optical multispectral telescope camera which can take high-resolution images of the Earth. This will observe Earth from approximately 700 km…(Read more)

Intel Blockchain to be offered as a service in Oracle Cloud 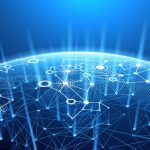 US: Intel has announced that Blockchain, its flagship processor technology, would be utilized by Oracle to provide cloud-based service to its enterprise users. Blockchain is a technology with immense transformative potential. It can radically change the way individuals, governments and enterprises exchange data and coordinate workflows. Oracle’s Blockchain Cloud Service makes use of Intel Xeon Scalable processors, which include many hardware features to improve blockchain technologies…(Read more) 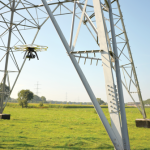 Line pulling as a job involves great danger. Transmission line workers, everywhere in the world put their lives at risk every time they go out for repairing old lines or laying out new ones. However, with a variety of new drones coming out, it is now changing very rapidly. UAS developing companies, Sharper Shape and SkySkopes in coopertion with an investor, have developed a project that uses the Sharper A6 UAS to string sock lines for a 675 kV line construction…(Read more)