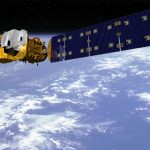 US: Orbital ATK today announced significant progress on the industry’s first commercial in-space satellite servicing system. The Mission Extension Vehicle-1 (MEV-1) spacecraft successfully completed its critical design review earlier this year and is now in production with about 75% of the platform and payload components already delivered to the company’s Satellite Manufacturing Facility in Virginia. The spacecraft will begin system-level testing in spring 2018…(Read more)

UAS industry leaders are gathering in Odense for TUS Nordics 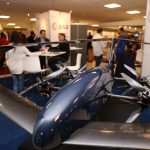 Denmark: With over one hundred participants, topping 750 high quality visitors and an international speakers line up, TUS Nordics promises to be the exciting fifth edition for the entire unmanned aerial systems (UAS) industry. Covering the full civilian and commercial spectrum of the use of unmanned systems. As the projected costs of offshore wind energy continue to fall, the future looks bright for this industry. TUS Nordics to present two of the key players in this field. Chris Fleming…(Read more) 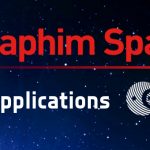 France: A new revolution in earth observation is underway driven by low cost satellites and drones enabling data that will be defining our changing world over the next decade. A new venture fund launched by Seraphim Capital has been established to capitalize on this opportunity. The Seraphim Space Fund, which has recently closed its venture capital fund at £70m, has pioneered a unique structure to access expertise and space technologies know-how. Alongside the British Business…(Read more) 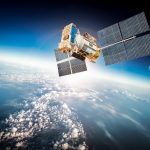 US: Space debris tracking company LeoLabs has announced partnership with Planet to help protect satellites and keep space navigable for future generations of entrepreneurs. In a paper that will be published at the Advanced Maui Optical and Space Surveillance Technologies (AMOS) conference, both these companies will demonstrate a flight system that uses commercial data sources to enhance collision risk assessment and enable safer debris avoidance maneuvers for satellites in LEO…(Read more)

Euroconsult honors the most promising startups with Finspace Awards

France: Awards were presented to the five most promising start-ups, as selected by an independent jury, during the FinSpace cocktail reception at the annual Euroconsult Summit for Satellite Financing which brings together the leading decision makers of the satellite-enabled business sector. FinSpace is supported by Fundação para a Ciência e a Tecnologia (FCT), the Portuguese Funding Agency for Science and Technology, and Raymond James. The five winners were selected from twenty-two finalists based on the assessment of qualitative criteria, including innovation…(Read more) 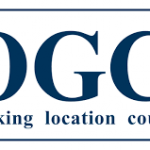 US: A new 3D standard for content strategy has been approved by Open Geospatial Consortium (OGC) membership. The standard is focused on high-performance visualization and spatial analysis in a services or disconnected environment. The standard is referred to as the OGC Indexed 3D Scene Layer (I3S) and the Scene Layer Package Format (SLPK) Specification. “The OGC I3S and SLPK Community Standard is an important contribution to the rapidly-evolving 3D visualization and analytics…(Read more)

Sports on course to become ‘geo-tech’ with GIS, GPS, and Drones 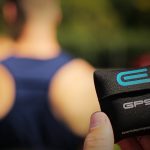 Everyone loves a good sports game. Tennis, Rugby, Football, or for that matter cricket – a box of popcorn and a bottle of Coke, I will watch any of it. But, have you ever realized the hidden geographic patterns in sports? Do you know that GIS, GPS, and Drones are being actively used in sports for performance analysis? No? Let’s change that today! Over the past few years, the game and the business of sports has changed exponentially. It is not about winning or losing anymore…(Read more)

What Smart Cities can learn from Amsterdam Arena 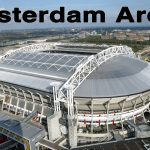 Exclusive Interview with Henk Van Raan, Chief Innovation Officer, Amsterdam Arena. What is the mission behind Amsterdam Arena? What kind of breakthrough technologies were used to build it? How has Amsterdam Arena become self-sustainable in energy? What makes Amsterdam Arena a smart stadium? What are the strategies for Euro cup 2020? Find out all the answers…(See here)