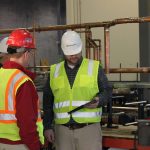 US: Boston area startup ManufactOn announced today the close of its Series A investment round in which it raised $2.5 million. ManufactOn is a SaaS (mobile/web) platform that helps construction firms plan, track, and manage both prefabrication and regular material handling. ManufactOn makes information visible to all general and trade contractors involved in a project, including: coordinators, detailers, procurement, shop foremen, field superintendents, and project leaders…(Read more) 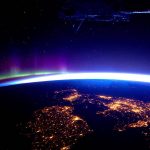 France: Thousands of new jobs and boosted local economies are the direct results from ESA’s investment in young companies through its business incubation centres, which have now hosted more than 500 start-ups. From healthcare to manufacturing, sport to agriculture, the centres are an important driver for entrepreneurship and the creation of new businesses, as well as positioning Europe at the forefront of innovation. A prototype personal ‘flying car’ in the form of an electric jet…(Read more) 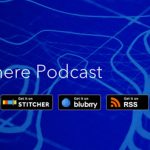 US: Esri announced the launch of Esri & The Science of Where, a weekly podcast that features executives, thought leaders, industry analysts, technologists, and Esri experts discussing how location-powered technology intersects with key trends such as the Internet of Things, big data analytics, artificial intelligence, smart communities, and digital transformation. Esri & The Science of Where showcases the ways location information—relating to business assets, customer analytics…(Read more) 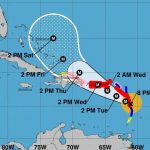 US: Hurricane Maria is now a potentially catastrophic Category 5 in the Atlantic, according to NOAA’s latest map updates. Though the maps are leaving many to wonder where it will be headed next, the newest forecasts show the storm making a northward turn, possibly putting Florida in the clear. It’s too soon to know for sure, however, so it’s a good idea to stay updated on the latest NOAA forecasts and maps. The map above shows a cone estimating the probable path of the center of Irma…(Read more)

After a hiatus of 3 months, ISRO to relaunch satellites in December 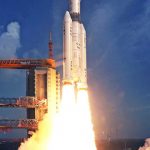 India: Undeterred by the failure of IRNSS-1H in August, which was a huge setback to ISRO, India’s premier space agency has buckled up again to launch the next mission soon. The agency will schedule its next launch mission after a committee studying the cause of the failure submits its final report. “We will resume the launches by November or December, with one of the remote sensing satellites though we are yet to finalise with which,” said Indian Space Research Organisation (ISRO)…(Read more) 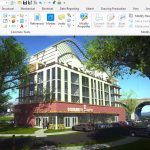 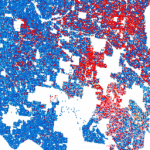 Melbourne, the cosmopolitan Australian city which is consistently rated amongst the best places in the world to live, is also known for its breathtaking cultural, social and lingual diversity. In this microcosm of multiculturalism, it is not uncommon to hear city dwellers bantering in Chinese, animatedly conversing about their daily lives in Turkish, greeting each other at a café in Malay, or regaling some astonishing happening in Korean.  Around 250 languages are spoken in Melbourne…(Read more)