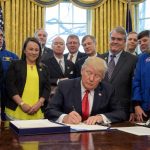 US: The President of the United States, Donald Trump, signed the National Aeronautics and Space Administration (NASA) Transition Authorization Act of 2017, the first comprehensive NASA authorization passed by Congress in more than six years. The bill demonstrates strong bipartisan support for the US’ space program and help in ensuring that NASA remains at the forefront of exploration and discovery…Read more. 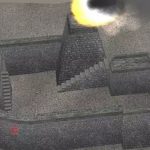 China: More than 1,000 years ago, several dotted, flake-shaped sections of the Great Wall stood in Xinjiang, protecting the border and the trade road. Recently, researchers from the China Institute of Remote Sensing and Digital Earth (RADI) under the Chinese Academy of Sciences (CAS) analyzed the distribution of ancient Great Wall sections in Xinjiang using remote sensing technology. They also used the technology to “restore” the wall’s appearance…Read more.

UK: Maxoptra dynamic scheduling and vehicle routing software has proved ‘business critical’ for market leading raw pet food manufacturer Natures Menu. With sales of natural pet food growing by nearly 30 percent last year, the sponsor of international canine event Crufts has seen a fourfold increase in the size of its delivery fleet since the introduction of the Maxoptra software in 2012…Read more. US: Since acquiring Advance Steel in 2013, Autodesk continues to work towards better support for BIM-centric workflows for structural steel design and detailing. For instance, we have been working to strengthen the interoperability between Autodesk Revit design software and Autodesk Advance Steel software…Read more. 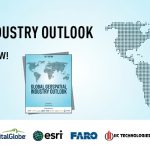 Where there is a problem, there is an opportunity – an opportunity to provide a solution. The same holds true for the geospatial industry. Until a few years ago, the geospatial product industry used to offer stand-alone products. The industry moved forward, and the focus shifted to providing services along with products. However, of late, the user segments have begun demanding fixes for their quandaries…Read more.

Parrot has announced an all in one aerial imagery 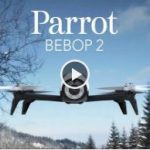 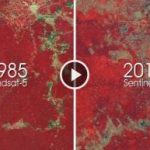 Deforestation near Rio Branco has made its mark on the Amazon rainforest over the last 30 years. 19 % of its total surface area has been cleared in the Amazon since 1970. ESA released a video comparing forest land cover of the area from the year 1985 to 2016. Data has been captured by Landsat-5 and Sentinel-2.