US: Acting NASA Administrator Robert Lightfoot has named the Science Mission Directorate’s Planetary Science Division Director Jim Green as the agency’s new chief scientist, effective May 1. He succeeds Gale Allen, who has served in an acting capacity since 2016 and will retire after more than 30 years of government service. “I want to thank Gale for all she has done for the agency and, for the past few years, in the Office of the Chief Scientist. Gale had an amazing career and is a role model…(Read More)

US: Skytec LLC, a leading Unmanned Aircraft Systems (UAS) and Drone as a Service (DaaS) provider, has been selected to join the  Esri Startup program as an emerging business partner.The three-year program is part of a global Esri initiative to help emerging businesses succeed by giving them access to ArcGIS software along with the services, tools, content, education and training they need to successfully integrate the ArcGIS mapping and location technology into their business platforms…(Read More)

EU member states sign up to cooperate on AI

Belgium: 25 European countries have signed a declaration of cooperation on Artificial Intelligence (AI). The countries have agreed to work together on the most crucial issues raised by AI, from ensuring Europe’s competitiveness in the research and deployment of AI, to dealing with social, economic, ethical and legal questions. The declaration builds further on the achievements and investments of the European research and business community in AI. AI is already used by citizens daily…(Read More)

US: Airbus has launched its innovative answer to aircraft maintenance at MRO Americas, which is a UAV known as the Airbus Advanced Inspection Drone.  The tool has been designed to reduce aircraft downtime, by speeding up visual checks and increasing the quality of inspection reports. This new product is made up of an autonomous drone with an integrated photo camera, obstacle detection laser sensor, and flight planning software. This drone-based aircraft inspection system has been developed…(Read More)

US: This week, specialists in mining, civil engineering, geomechanics, geology, hydrogeology and geophysics will come together in Seville, at Slope Stability 2018, to explore new techniques for improving open pit mine stability. Maptek has shipped the latest mobile monitoring system some 17,000 km from its Adelaide manufacturing base to showcase at Slope Stability from 10-12 April.‘We’re really excited to be taking part in Slope Stability’, said James Howarth, Maptek Mine Measurement…(Read More)

Australia: Perth-based company Spookfish has won a major Asia Pacific industry award for exporting its world-beating imaging technology to the North American market. Rollout of the technology for Australian customers is well underway. High-resolution imagery of Perth, Melbourne and Adelaide is online, with more to come for Sydney and Brisbane. The geospatial imagery specialist saw off competition from companies around the Asia Pacific region to take out the Export Award at last night’s Asia Pacific…(Read More)

US: Commvault has announced that Hitachi has selected Commvault as one of its backup solutions for Hitachi’s SAP HANA Cloud Service in Japan. Commvault’s solutions enable Hitachi to maximize data availability and strengthen data protection through a single, unified intelligent backup and management platform. Hitachi’s SAP HANA Cloud Service is an industry-leading, fully managed service that enables enterprises to migrate business-critical data systems on-premises to the cloud, with high reliability…(Read More)

US: Autodesk has released Revit 2019, the latest version of its multidiscipline BIM (building information modelling) software, delivering on multiple user-requested features as well as new functionality to help capture design intent and better-connect building design and fabrication workflows. Autodesk has made a transparent effort to solicit customer input via the Revit Ideas page where customers propose and vote on features that will help them work more effectively in Revit…(Read More)

The most detailed map ever of the tiny magnetic signals generated by Earth’s lithosphere. The map, which is being used to understand more about Earth’s geological history, is thanks to four years’ of measurements from ESA’s trio of Swarm satellites, historical data from the German CHAMP satellite and observations from ships and aircraft. Erwan Thebault from the University of Nantes in France said, “This is the highest resolution model of the lithospheric magnetic field ever produced…(Read More)

Reimagining the Eiffel Tower landscape: Autodesk partners with the City of Paris 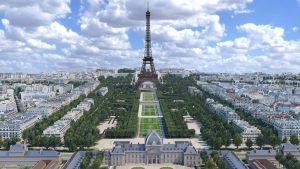 Every year, over 30 million people visit the Eiffel Tower in Paris and seven million visitors climb the monument. It is one of the most iconic landmarks in the world, and we are incredibly excited to announce our collaboration with the City of Paris in its quest to redevelop the area surrounding the Eiffel Tower. At present, the layout of the site which covers the Trocadéro Gardens, Champ de Mars…(Read More)

At GITA 2018 in Phoenix, Bob Basques, GIS Systems Developer at the City of St Paul, described a system called COMPASS he and his team have developed that provides a shared, easy to use tool that allows city employees and the public access to all of the city’s spatial and associated data including, for example, scans of surveyors’ notebooks, 2.2 million street-level photos, and permitting and licensing…(Read More)

Check out key findings of the Climate Assessment Study Report 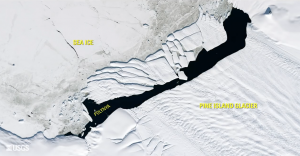 In an exclusive interview with the Geospatial World, Dr. Virginia Burkett, Chief Scientist of Climate and Land Use Change, USGS shares the key findings of climate Assesment Study. The study is the second volume if  Watch the full interview…(See Here)