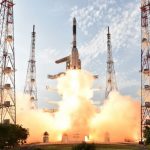 India: The Indian Space Research Organisation (ISRO) has succeeded in its 100th mission of launching 31 satellites from the Satish Dhawan Space Centre in Sriharikota. The longest flight mission in the history of ISRO launches, it had four-stages. It will also be the first mission after the failure of the PSLV on August 31, 2017. The agency’s Polar Satellite Launch Vehicle (PSLV-C40), which was undertaking its 42nd mission in this flight, hosted a CARTOSAT-2 series satellite and 30 others from countries…(Read More) 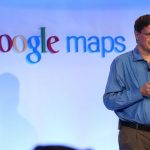 Canada: Clearpath has announced that the former vice president of Google’s and Uber’s Mapping divisions, Brian McClendon, has been inducted into its board of advisors. McClendon will provide insight and expertise on mapping technologies to the company’s OTTO™ Motors industrial division and Clearpath Robotics research solutions division. He joins advisory board member and Tesla co-founder Marc Tarpenning, who currently advises on electric vehicle technologies. “It’s often overlooked, but self-driving vehicles…(Read More) 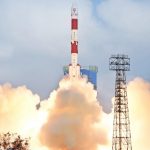 UK: Earth-i has confirmed that the pre-production prototype satellite of its upcoming satellite constellation was successfully launched earlier today. The new commercial constellation – which the company announced is called Vivid-i – will be the first of its kind to provide full-color video, and the first European-owned constellation able to provide both video and still images. The multiple satellites within the Vivid-i Constellation will significantly increase the ability of companies and institutions to monitor, track…(Read More) 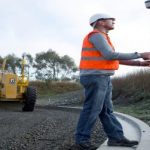 Canada: A subsidiary of Trimble, Applanix, has announced that AXIS-GPS has been selected to provide Applanix’ products, support, and service to air and land clients in Israel. Working with Applanix, AXIS-GPS increases its range of products with the addition of Applanix’ Position and Orientation Solutions for airborne and land vehicles including industry-leading POS AV and POSTrack, POS LV, DG for UAV OEM board sets, and POSPac MMS software. Working with AXIS-GPS, Applanix gains knowledgeable…(Read More)

Boundless for All: Kia presents vision for future mobility at CES 2018 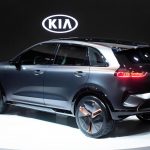 US: Kia Motors today presents its future mobility vision at the 2018 Consumer Electronics Show (CES) in Las Vegas. Under its new ‘Boundless for all’ vision, Kia will bring a future in which opportunities for mobility and transportation are limitless. To broaden horizons with its mobility services, Kia is also demonstrating a range of new technologies as part of its new ‘ACE’ strategy to make its cars more Autonomous, Connected and Eco/Electric. “‘Boundless for all’ is Kia’s future vision…(Read More) 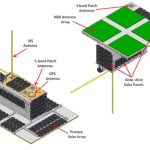 Canada: The Space Flight Laboratory (SFL) has announced to be developing a 15-kilogram microsatellite, NorSat-3, for the Norwegian Space Centre. The NorSat-3 is a civilian satellite that is designed to capture signals from civilian navigation radar. The satellite will carry an experimental navigation radar detector to augment ship-detection capabilities from its Automatic Identification System (AIS) receiver. NorSat-3 will add another satellite to Norway’s assets in space – four in total so far…(Read More) 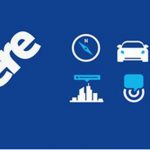 US: HERE and SAP have collaborated for a long time now. And now with SAP software location and tracking technology of HERE can be used. Built on the HERE Open Location Platform, HERE tracking service combines several capabilities and technologies to deliver an easy-to-integrate, customizable tracking solution. Using this tool, the SAP Global Track and Trace solution can take advantage of real-time, low-energy, high-accuracy technology to track goods across the supply chain, indoors and outdoors…(Read More)