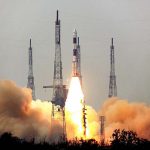 India: Indian Space Research Organisation (ISRO) is planning to launch the country’s second space observatory, which would be called AstroSat-2, reported the Times of India. The main aim of the mission is to advance the study of astronomy and astrophysics. ISRO made the announcement to seek proposals from all institutions that are currently involved in the academic disciplines of astronomy/astrophysics for the development of scientific instruments for astronomy payload and mission…(Read More) 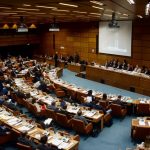 Canada: A United Nations (UN) committee reached an agreement last week on nine guidelines that aim to reduce the risk of collisions in space and other harmful space activities.The non-binding guidelines, which have been approved by a working group of the Scientific and Technical Subcommittee of the UN’s Committee on the Peaceful Uses of Outer Space (COPUOS), are intended to improve the long-term sustainability of space. They join 12 other guidelines on the topic approved by the committee…(Read More) 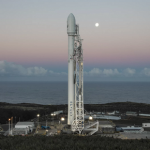 SpaceX has delayed the launch of its next Falcon 9 rocket to no earlier than February 21 to allow final checks of the rocket’s upgraded nose cone. The Falcon 9 rocket was scheduled to launch early on February 18 from a pad at California’s Vandenberg Air Force Base to send SpaceX’s first Starlink broadband satellites and the Paz radar-imaging satellite for Spain into orbit. The mission had already been delayed 24 hours to allow extra checks. On Saturday, SpaceX representatives announced that more time…(Read More) 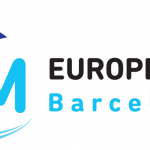 Spain: The fourth edition of the European BIM Summit (EBS18) will be held on March 8 and 9, 2018 in the  Illa Diagonal business and commercial center in Barcelona, with the challenge of continuing to be the most advanced reference meeting in BIM  in Europe. With a renewed format and the incorporation of very high-level study cases, it will bring together professionals from 12 countries, including Patrick MacLeamy, one of the BIM world leading personalities. More than 200 speakers from 40 countries…(Read More) 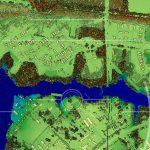 US: Leica Geosystems has announced the launch of TerrainMapper, its next-generation linear-mode Lidar system. As part of the RealTerrain airborne Lidar mapping solution, the new sensor builds on Leica Geosystems’ sensor technology and is supported by the HxMap unified multi-sensor post-processing workflow. TerrainMapper enables users to increase point accuracy and deliver even point density across the swath and accommodates more efficient flight planning in complex terrains…(Read More) 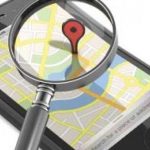 India: Indians will soon be able to access vital government information on a mobile app titled ‘Vibhav’ (Resources) based on a geographical information system (GIS). It will provide details like location and services of all government and semi-government offices, educational institutions, hospitals and public utilities like shopping malls. The Kerala State Spatial Data Infrastructure (KSDI), a government agency under Kerala State IT Mission (KSITM), has taken up the initiative as part of synchronizing GIS…(Read More) 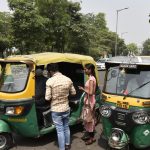 India: The Indian state of Delhi’s Transport Department has extended the deadline to install fully-functional Global Positioning System (GPS) devices aboard passenger-carrying vehicles to February 28. The previous deadline was February 15.This, even as the constant monitoring of such devices by the department at its central control room in north Delhi has brought to the fore glaring discrepancies related to the lack of functionality of such devices installed aboard vehicles such as auto-rickshaws, taxis…(Read More) 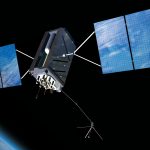 US: The U.S. Air Force wants 22 new GPS satellites that are built to resist jamming and electronic interference. It would spend around $2 billion on the new satellites for the GPS 3 constellation in the next five years. The production of all 22 satellites is expected to be worth as much as $10 billion “The GPS 3 that we are moving toward is more jam-resistant, and it is intended to be able to operate in a contested environment,” Secretary of the Air Force Heather Wilson said. The constellation of 31 GPS 2 satellites…(Read More)

India: The Indian government would soon give incentives for using emerging technologies like artificial intelligence and robotics in the new industrial policy that is likely to be announced soon. The world is talking about the Fourth Industrial Revolution that includes artificial intelligence, robotics, deep learning and Internet of Things and there is a pressing need to promote adoption of these modern technologies, as per the government. The government is working to frame an outcome-oriented actionable policy…(Read More) 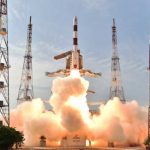 India: The state government of Uttarakhand signed a memorandum of understanding (MoU) with the Indian Space Research Organisation (ISRO) in Ahmedabad on February 15. The collaboration will pave the way for better forecasts and instant delivery of post-disaster imagery. Earlier, The Uttarakhand Disaster Mitigation & Management Centre (DMMC) was receiving forecast alerts from the Indian Meteorological Department (IMD). However, the forecasts from Space Application Centre at ISRO…(Read More) 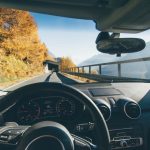 US: The autonomous car project, which began at Google X in 2009, aims to reduce traffic accidents, but with the introduction of these cars came the introduction of new legislation. Indiana House Bill 1341, a Bill relating to the use of autonomous cars, is up for debate in the Senate. Incidentally, according to the National Highway and Transportation Safety Administration,94% of all motor vehicle accidents in 2016 were caused by human error, and in 2015 alone 25.2 percent of all deaths in the U.S…(Read More)

Trump administration plans to cut USGS budget by more than 20%

US: The Trump administration’s proposed $859.7 million budget for the U.S. Geological Survey (USGS) slashes funding for the agency by 21% for the year 2019, as compared to the year 2017 omnibus bill, which was the most recent comprehensive spending bill passed by Congress. The plan cuts funds for all major areas within USGS, except for the facilities line item. Among those who will see major cuts—some by more than 30%—are the ecosystem, water resources, core science systems, natural hazards, and climate and land use change budget activities…(Read More)

Virgin Hyperloop One to give new life to Indian transportation 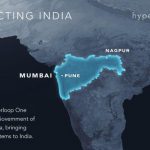 India: The future of transportation in India will soon see a transformation with the Virgin Hyperloop One. The Indian State of Maharashtra has announced their intent to build a Virgin Hyperloop between Pune and Mumbai, beginning with an operational demonstration track. Indian Prime Minister Narendra Modi, Chief Minister of Maharashtra Devendra Fadnavis and the Virgin Hyperloop One team signed a Framework Agreement for the project. The hyperloop route would link central Pune, Navi Mumbai International Airport, and Mumbai in 25-minutes and connect 26 million people…(Read More) 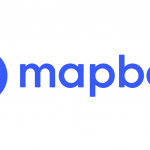 The Netherlands: AND has announced that it has entered into an agreement to license location and boundary data to Mapbox, a company that is revolutionizing mapping and location services for consumer, enterprise and automotive markets. Mapbox provides cloud-based services that allow developers to add location features like maps, search, and navigation into any digital experience. With over 1 million registered developers, Mapbox reaches more than 300 million people each month around the world…(Read More) 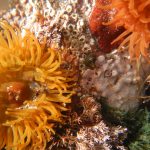 UK: Natural Power has been commissioned by Scottish Natural Heritage to predictively map the spatial extent of Annex 1 habitats in 25 special areas of conservation and three marine protected areas throughout Scotland. Using the best available data, Natural Power created a tailored approach combining spatial mapping, imagery classification and predictive statistical mapping to overcome variations in the quality of existing data for Scottish waters. In many sites, the mapping improved upon previously mapped…(Read More) 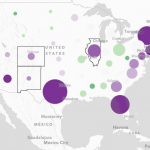 GIS and mapping behemoth Esri has come up with its immigration policy story map that highlights the possible impacts of the new immigration policy in America. The map tries to present a picture on where the immigrants will be affected by the change of policy, or who will be most affected by it. The map explores the balance and distribution of the US citizen and non-citizen residents in each census tract. Divided into Purple and Green, where Purple indicates distributions of non-citizen residents…(Read More) 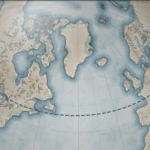 What are the most common misconceptions about the world map? A few locational mistakes have time and again been reinstated by geography teachers, thus creating misconceptions in the young minds. A story map by Esri illustrates what they call “some most common geographic mental misplacements.” Ignorant as we have been, the continent of Africa has been depicted on maps much farther south than where it actually is. The continent of Africa houses vast deserts…(Read More) 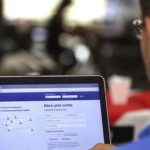 Facebook has decided to start sending postcards by snail mail to verify buyers of ads related to United States elections. This follows the criticism for not doing enough to prevent false advertising. The issue escalated last week when US special counsel Robert Mueller handed down a set of indictments charging 13 Russian citizens and three Russian organizations, including a bot farm, with interfering in the presidential election through operations including fake social media accounts…(Read More)

How GAGAN helps in precision landing of aircraft? 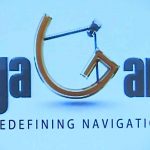 In an exclusive interview with Geospatial World, S V Satish, Executive Director(ATM) of Airport Authority of India, explains how GAGAN helps in the precision landing of aircraft. Satish gives a complete description of how GAGAN will be beneficial for Airports with single landing system…(See Here)