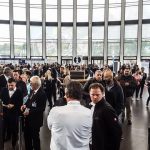 Germany: Digitalization is rapidly changing things we have long been familiar with and revolutionizing how we look at our environment and the way it is planned. This was the thrust of the address given by Professor Hansjörg Kutterer, President of event host DVW, at the traditional opening ceremony for the INTERGEO trade fair and conference for geodesy, geoinformation and land management, held the evening before the event. Speaking in the Berlin State Library, Kutterer painted a picture…(Read more)

Honeywell teams with Intel to launch a new drone service 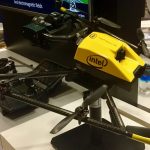 Driverless cars to get new eyes from Aeva 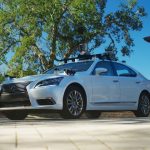 US: Driverless cars will herald the biggest technological revolution in the automobile industry. This is a much awaited development. In Silicon Valley, Soroush Salehian and Mina Rezk , two former professionals of Apple’s Special Projects Group, have founded a startup named Aeva. The objective of Aeva is to give ‘eyes’ to driverless cars. Aeva wants to give autonomous vehicles “a more complete, detailed, and reliable view of the world around them,” as per The New York Times. There already are…(Read more) 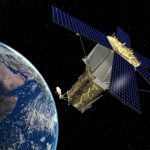 India: Pune Municipal Corporation (PMC) is about to take the assistance of a Hyderabad-based remote sensing company to identify illegal constructions in the city. Mapping of all the areas in the city will be done every six months. The project is estimated to cost INR 7,70,000 approximately. Prashant Waghmare, a PMC engineer says ”We have to use the global positioning system (GPS) for mapping the unauthorised constructions in the city. Through this system, we will get the exact number…(Read more) 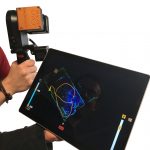 UK: GeoSLAM, a pioneer in “Go Anywhere” 3D mobile mapping, is launching the latest version of its award winning Slam registration software and ZEB-REVO mobile scanner at INTERGEO 2017 in Berlin. Solutions developed by GeoSLAM are easy-to-use and time saving, and also ensure that the job is completed 10 times faster than the traditional survey tools. It also cuts cost by 66%. GeoSLAM Hub, the next, updated version of GeoSLAM Desktop software, is to be released officially…(Read more) 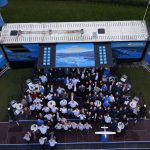 Berlin: At the first day of INTERGEO 2017, Topcon Positioning Group announced an update to its data collection software for the SmoothRide resurfacing workflow solution. The new update – RD-M1 Collect 2.0 – includes updates designed to facilitate and optimize mapping of road conditions. The improvements feature an improved interface that is designed to simplify setup and automatically detect the position of the wheel sensor during data collection. The RD-M1 Collect 2.0 new Plan Route…(Read more) 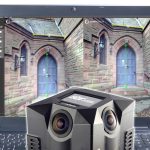 Germany: Arithimetica has launched the latest version of its 360 degree imaging software at INTERGEO 2017. SphereVision 1.4, the upgraded version, will be displayed at C2.055 Hall 2.1 at INTERGEO in Berlin from 26-28 September 2017. SphereVision 1.4 allows importing PDF documents on which maps, imagery, floor information can be added. Hotspots can also be used for additional data and 360 degree images. In order to add notes, a new functionality has been introduced and…(Read more) 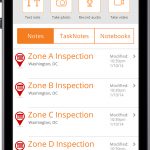 Germany: TerraGo, a leading enterprise mobility and geospatial collaboration software, will be displayed at INTERGEO 2017 in Berlin. TerraGo’s geopdf products enable lightweight GIS applications and they have become an industry standard, and are helping users get more value from their current investments in GIS. TerraGo magic is a revolutionary trendsetter in geospatial mobility. It allows end-users without any significant development skills to make custom applications enabling…(Read more) 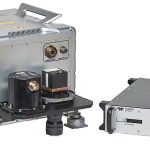 Germany: On Monday, Teledyne Optech announced a new cooperative agreement with IGI – Integrated Geospatial Innovations, Germany. The partnership will benefit both these companies significantly and add new product innovations to both companies’ product portfolios. The first product created from this cooperation will be on display at INTERGEO 2017, Berlin, at IGI stand C1.038 in hall 1.1. This is an Optech Eclipse high-precision LiDAR sensor driven by IGI’s CCNS-5 flight management…(Read more) 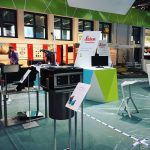 Germany: Hexagon AB showcases its geospatial and construction portfolio today at INTERGEO. Hexagon’s extensive sensor portfolio combined with a range of software creates solutions that support an ecosystem of intelligent digitalization. At INTERGEO, visitors will be able to explore these solutions for the geospatial and construction industries, including mobile mapping; asset collection and management for geographic information systems (GIS); 3D laser scanning; photogrammetry…(Read more) 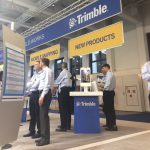