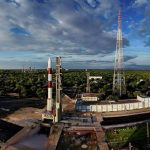 India: Indian Space Research Organisation (ISRO) has teamed up with private sector to develop a satellite that will be launched in space very soon. A consortium led by Alpha Design Technologies has been chosen to make two full satellites for India’s navigation system – NAVIC. A team of 70 engineers is working in-tandem to make a flight ready satellite in the next six months…(Read more) 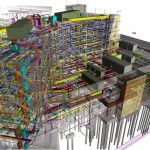 Scotland: Scotland-based start-up in big data and GIS space, is offering quick, easy access to datasets from around the world, including Skyscanner, Ordnance Survey and Airbus Defence and Space, all in one place for the first time. The new online data discovery and access marketplace is set to slash the time and resources spent by data scientists and business analysts…(Read more) UK: Ordnance Survey has added a 3D view of Great Britain in HD. Designed to help outdoor enthusiasts stay safe, the maps allow you to view routes as never before and discover new places to visit. Ordnance Survey’s (OS) app contains over 750,000 publicly shared routes, including thousands of professional routes published by walking, cycling and mountaineering publications and organisations…(Read more) 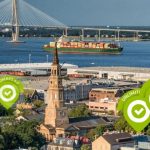 NASA to shut both eyes of DSCOVR viewing earth NASA will shut both cameras of DSCOVR that faces Earth. Deep Space Climate Observatory or DSCOVR is an American satellite that sits at unique location called Lagrange point 1. The point is neutral point in space, allowing DSCOVR to essentially hover between the sun and Earth at all times. The distance between earth and DSCOVR is about 1.5 million km.

#LaunchAmerica a thumbs up for NASA’s commercialization efforts