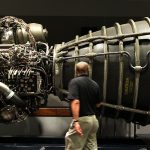 US: Aerojet Rocketdyne has successfully tested a 3D-printed engine in a series of 17 experiments. The engine being tested is a liquid oxygen/kerosene, regenerative cooled, liquid rocket thrust chamber assembly design. The series of exercises cover the performance, reliability, range and durability of 3D-manufactured engines…(Read more)

US: Scientists at NASA’s Goddard Space Flight Center are developing the world’s first space-based sodium LiDAR instrument to study the nature and dynamics of the mesosphere, the poorly understood middle layer of the Earth’s atmosphere, which lies 40-100 miles above Earth’s surface and separates the planet from the vacuum of space…(Read more) 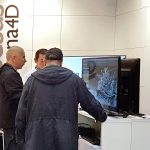 UK: Arithmetica will be joining Veesus at the forthcoming GEO Business show to showcase the powerful Pointfuse Point Cloud Conversion Engine within the Arena4D product range. Enabling users of Arena4D Data Studio and Plugin for Rhino to quickly, easily and accurately convert the millions of individually laser scanned…(Read more) 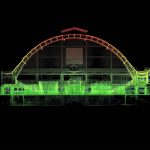 UK: After doubling its distribution network in 12 months, GeoSLAM has announced its return to the GEO Business 2017 geospatial conference at the Business Design Centre in Angel, London this year. The experts in “go-anywhere” 3D mobile mapping technology will be showcasing its new real-time upgrade option for its market leading ZEB-REVO handheld mobile mapping system…(Read more) 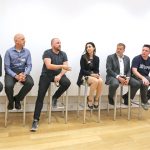 UK: At the third British Information Modelling event, delegates rated the event a big success. With more than eighty registered invitees, the early evening seminar was hosted by architects KPF at their Covent Garden HQ. The event hosted speakers from IBM, Innovate UK and HOK, and attracted professionals from across the Building Information Modelling (BIM) sector…(Read more) 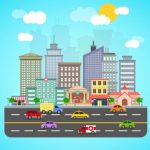 The Ministry of Urban Development, Government of India recently conducted a survey to determine the cleanest city in India. The city of Indore has bagged the top position. Incidentally, Indore is also amongst the Top 20 Smart Cities announced by the Government of India…(Read more) 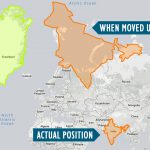 When you hear the word ‘map’, what comes to your mind instantly? Is it Google Maps? Well, maps play an integral part in the lives of everyone, be it for navigational purposes or to define geographical contours. But did you know that a lot of countries are not as big or small as they look on a typical world map?…(Read now) 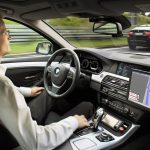 The German parliament recently approved a law, which permits autonomous cars to drive on roads. However, the law also states the car to have a driver at all times to take control in case of emergency…(See here)