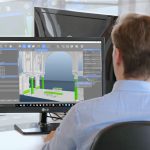 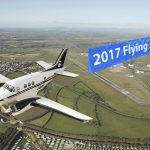 UK: Aerial mapping company Bluesky is celebrating following its most successful flying season to date. As temperatures soared, Bluesky took to the skies deploying three dedicated survey aircraft. To date, Bluesky has captured more than 70,000 square kilometres of aerial photography in 2017 – an area more than twice the size of the Netherlands – of which more than half is at ultra-high (12.5cm) resolution. In addition to aerial photography, Bluesky’s survey planes..(Read more) 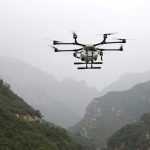 US: The United Nations’ aviation agency, the International Civil Aviation Organization (ICAO), plans to support a single worldwide drone registry. This singular ledger would be easier for law enforcement to sift through than each country’s individual UAV ledger. That might irk US hobbyists, who fought and defeated the FAA in court when it passed a law to force drone owners to sign up for an American registry. The contentious case ended in a decision that classified non-commercial…(Read more) 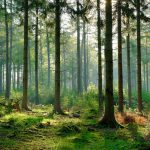 Canada: MacDonald, Dettwiler and Associates Ltd. (MDA) announced that it has signed a contract for CA$2.4 million with the Asia Pulp & Paper Group (APP) to provide a near real-time Forest Alert Service to assist APP in demonstrating to its stakeholders that they are meeting their zero deforestation commitments, underpinning their Forest Conservation Policy. With access to MDA’s monthly forest change detection alerts, APP will be able to assure stakeholders that natural forested…(Read more) 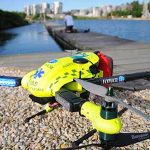 Sweden: To address the challenge of cardiac arrest and defibrillation in heart patients, FlyPulse, a Sweden based company, is building the next-generation technology, based on their specially-designed drones. The company’s latest offering LifeDrone AED is a transportation drone, that is equipped with an automated external defibrillator (AED) — a portable electronic device that automatically diagnoses the life threatening cardiac arrhythmias and is able to treat them…(Read more) 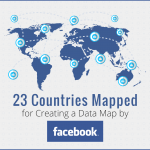 Steadfast in its mission of connecting people across countries, Facebook is data mapping the human population in 23 countries by combining the government census numbers with information obtained from satellites. The purpose of the task is connecting people from space or stratosphere, by utilizing high-altitude drone aircraft and satellites, to supplement Earth based networks. The project aims to use the data to understand the precise distribution of humans around the planet…(Read more) 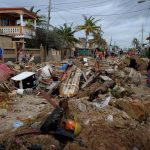 After the Hurricane Harvey mayhem, DigitalGlobe today released the before and after images to compare the extent of devastation done by Irma across the Caribbean. The images show how Hurricane Irma devastated several Caribbean islands when it tore through the area as a Category 5 storm, killing at least 36 people, knocking down trees and leveling buildings. To compare pre- and post-Harvey images, drag the slider to the left and right…(Read more)

What is LiDAR and how does it work? 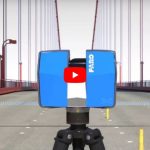 What is LiDAR? Light Detection and Ranging. LiDAR is a remote sensing method that uses laser or light to measure the elevation like ground, forest and buildings. This means the LiDAR system sends a pulse of light and it waits for the pulse to return. It measures how long it takes for the emitted light to return back to the sensor. In the end, it gets a variable distance to the Earth. Actually, this is how LiDAR got its name – Light Detection and Ranging. Like Sonar uses sound waves to map things. Radar uses radio waves…(See here) 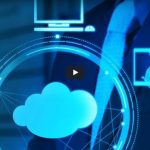 In an exclusive interview with Geospatial World, PS Acharya discusses how cloud is bringing ease in use of geospatial data and services. Acharya is a scientist, Adviser, and CEO of National Spatial Data Infrastructure(NSDI) and also serving as an associate head of NRDMS-NSDI…(See here)