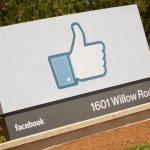 Canada: Facebook on Friday announced that it would open a new AI research lab in Montreal, which is already home to other AI labs operated by Google and Microsoft. The Montreal lab, separate from the social networking company’s existing corporate Montreal office, is Facebook’s fourth AI research outpost. One benefit of setting up a Montreal AI lab is that the city’s prevalence of AI researchers and graduates students could be potential new Facebook hires…(Read more) 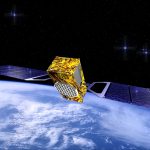 China: China-based Beidou Navigation Satellite System (BDS) vice chief designer Ran Chengqi on Saturday said that four Beidou-3 satellites will be launched by late 2017 and a complete global satellites navigation system will be in place around 2020. The BDS was independently developed and operated by China with a vision to meet the needs of the country’s national security and economic and social development. As a space infrastructure of national significance…(Read more)

Northrop Grumman to acquire Orbital ATK for $7.8 billion in cash 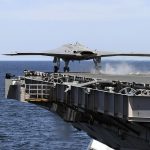 US: Northrop Grumman Corp has announced to acquire defense contractor Orbital ATK for $7.8 billion in cash. With the assumption of debt, the deal is valued at $9.2 billion. Orbital shareholders will receive $134.50 a share in cash as part of the transaction, which is expected to close during the first half of 2018. The impending deal comes on the heels of another big aerospace union just announced earlier this month when United Technologies agreed to buy Rockwell Collins…(Read more) 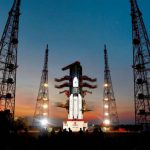 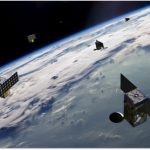 France: The space alliance formed by Thales Alenia Space (Thales 67%, Leonardo 33%) and Telespazio (Leonardo 67%, Thales 33%), today signed a partnership with the US-based company Spaceflight Industries. A minority investment in Spaceflight Industries, which through its BlackSky business, has developed a geospatial platform and plans to build and operate a constellation of 60 small high-resolution observation satellites featuring very short revisit times…(Read more) 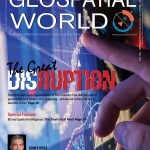 “The speed of current breakthroughs has no historical precedent. When compared with previous industrial revolutions, the Fourth is evolving at an exponential rather than a linear pace. Moreover, it is disrupting almost every industry in every country. And the breadth and depth of these changes herald the transformation of entire systems of production, management, and governance,” says Klaus Schwab, Founder and Executive Chairman, World Economic Forum…(Read more) 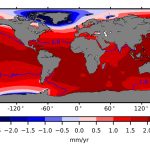 Climate change and its effects have grabbed eyeballs of many researchers for past many years. However, with frequent natural calamities, global warming, seasonal change, etc., this trend has gained more momentum. In one such study conducted by NASA’s Jet Propulsion Laboratory in Pasadena, California and the University of California, Irvine, has reported the first detection of sea level fingerprints in ocean observations. The study reveals that various patterns of sea level…(Read more) 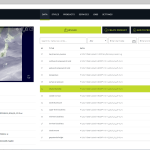 Over the past few years, Luciad has shown great commitment in bringing its high performance geospatial product suite to the masses. Moving on from efficiently meeting the needs of aerospace and defense customers, the company is now all set to solve big data challenges faced by many companies. In its quest to help companies manage their geospatial data more effectively, Luciad has completely overhauled its server solution LuciadFusion. At the very outset…(Read more) 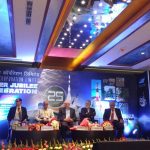