US: The Federal Aviation Administration (FAA) has announced to deploy the prototype Low Altitude Authorization and Notification Capability (LAANC) to expand the testing of its automated system that will provide near real-time processing of airspace authorization requests for unmanned aircraft system (UAS) operators nationwide. Dan Elwell, the agency’s acting administrator, announced the new development during the third Annual UAS Symposium last week in Baltimore. Under the FAA’s Part…(Read More)

US: Geneq has launched the SXblue Premier GNSS receiver, which is available in a submetric version (GNSS) or centimetric version (real-time kinematic, RTK). The new SXblue Premier GNSS receiver is equipped with the Pacific Crest Maxwell 6 Trimble technology with BD910 (GNSS version) and BD930 (RTK version) OEM boards, delivering 220 channels to acquire and track GNSS signals from all constellations in view. It makes effective use of GPS GLONASS, Galileo, BeiDou, QZSS and SBAS…(Read More)

US: Orbital ATK, a global leader in aerospace and defense technologies, has announced its plan for the company’s next generation of satellite life extension and in-space servicing products. During a keynote address at the SATELLITE 2018 Conference and Exhibition in Washington, D.C., Orbital ATK President and Chief Executive Officer David W. Thompson and SpaceLogistics President Tom L. Wilson introduced a new robotic servicing system that provides additional options for customers to enhance the value…(Read More)

US: At the Satellite 2018 conference, The Space Alliance formed by Thales Alenia Space (Thales 67%, Leonardo 33%) and Telespazio (Leonardo 67%, Thales 33%) announced today it has officially taken a minority stake in Seattle-based Spaceflight Industries, having received all government approvals for the transaction. This investment is part of an overall fundraising effort of $150 million from several sources which include The Space Alliance, existing investors, and Mitsui & Co., Ltd., one of the largest…(Read More)

US: Kratos Defense & Security Solutions, a leading National Security Solutions provider, announced that it has received U.S. State Department approval to market its Mako High-Performance Jet Tactical Unmanned Aerial System to certain European and Asia Pacific region countries. Kratos Mako provides fighter-like performance and is designed to function as a wingman to manned aircraft as a force multiplier in contested airspace, or be deployed independently or in groups of UAS…(Read More)

GSA and Thales launch EDG²E for aviation navigation with Galileo

US: The European GNSS Agency (GSA) has officially launched the equipment for dual frequency Galileo, GPS and EGNOS project (EDG²E) with a consortium led by Thales. The four-year project intends to develop a dual-frequency multi-constellation receiver, enabling enhanced navigation capabilities, support standardization and certification preparation, and facilitate the expected increase in air traffic, both in Europe and globally. The prototype EDG²E receiver use GPS and Galileo…(Read More)

US: Quantum Spatial, Inc. (QSI), the largest independent geospatial data firm in the US, announced that it was awarded a $1.5 million contract to provide system-wide aerial mapping services for the Illinois Tollway. The contract is part of the tollway’s 15-year, $14 billion capital program, “Move Illinois: The Illinois Tollway Driving the Future,” that is designed to improve mobility, relieve congestion and reduce pollution. “QSI has a long history with the Illinois Tollway, having collaborated…(Read More)

DEEP AERO is building AI-driven drone technology on the Blockchain

US: NASA’s Acting Administrator, Robert Lightfoot has announced that he will soon retire from the agency. Ever since the news was made public, it evoked more uncertainty about the agency’s leadership. According to a memo shared by Lightfoot in the media, it is said that he will at the end of April. Lightfoot came to NASA Headquarters in September 2012 as associate administrator, the highest-ranking civil service position at the agency and third highest position overall, behind administrator…(Read More)

Controversy over US nanosats launched by ISRO in January 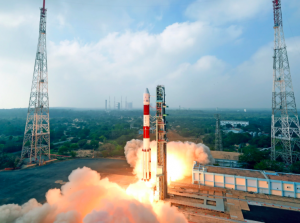 There is controversy over four US nanosats launched by ISRO on January 12 with reports coming that the tiny satellites launched on the PSLV C-40 mission could have been exported without proper license. SpaceBee-1, 2, 3, and 4 — described as “two-way satellite communications and data relay” devices from the United States in the ISRO launch document — were developed by Silicon Valley startup Swarm Technologies which it turns out didn’t have permission to launch…(Read More)

Importance of Location Based Advertising 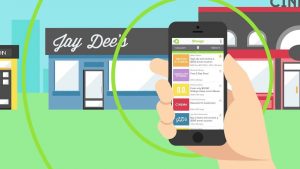