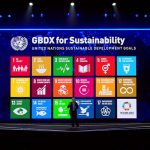 US: DigitalGlobe, with support from Amazon Web Services, has launched GBDX for Sustainability Challenge. It is opening up geospatial big data platform, GBDX, and its 100+ petabyte image library to accelerate innovation in support of the United Nations’ Sustainable Development Goals. As part of the Challenge, DigitalGlobe is soliciting concept notes on how to leverage GBDX and high-resolution satellite imagery to solve some of the world’s most challenging issues. Judges from Gates Foundation…(Read More) 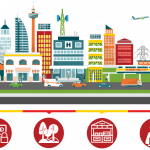 US: The Open Geospatial Consortium (OGC) is seeking interested Sponsors to define the challenges for Phase 2 of the successful Future Cities Pilot Project. As the operation and planning of cities increasingly relies on 3D geo-information in their processes, and apply Building Information Models (BIM) paradigms to their information management approach, efficient information flow in both directions between geospatial systems (GIS) and the Architecture/Engineering/Construction (AEC) systems…(Read More) 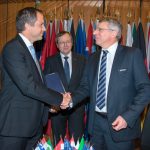 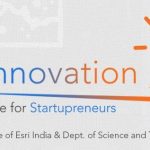 India: Esri India has announced the winners of GeoInnovation – A Challenge for Startupreneurs and mApp Your Way App Development Challenge 3.0 for students at the 18th annual User Conference (UC), hosted between December 13-14, 2017. GeoInnovation – A Challenge for Startupreneurs launched in partnership with Department of Science and Technology (DST), is a first of its kind platform to recognize homegrown GIS-focused startups in India, and had 13 finalists from across India…(Read More) 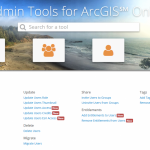 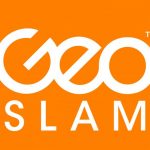 UK: GeoSLAM is on the track to achieve its ambitious growth plans in 2018 after relocating to new UK headquarters. The Nottinghamshire-based firm, which recently celebrated five years in the industry, has moved to Innovation House, a technology hub at Ruddington Business Park just outside the city of Nottingham. The new premises will enable the company to achieve its goal to double in size in the coming year. GeoSLAM, the global experts in ‘go anywhere’ 3D mobile mapping technology, develops handheld…(Read More) 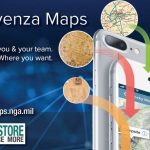 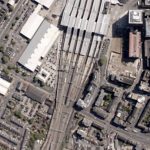 UK: The world’s first full-colour, full-motion video satellite is scheduled for early January launch. British ‘New Space’ pioneer Earth-i today announced that images and video from its new prototype satellite due for launch early January 2018 will be managed, catalogued and geometrically corrected using software from Swedish photogrammetry and imagery specialist, Spacemetric. Earth-i is building the first commercial constellation in the world to provide full-colour video; and the first European-owned…(Read More)

Russia to set up ground base station of GLONASS in India 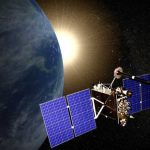 In a first, satellite imagery monitors biodiversity of Antarctica’s seafloor 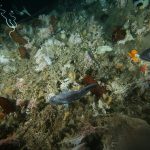 In an unprecedented and groundbreaking research to explore Antarctica biodiversity, scientists have combined satellite imagery and ocean modeling on the vast seabed of the world’s southernmost continent. The researchers combined satellite images of phytoplankton color on the sea surface with interconnected models of how the microscopic phytoplankton are swept by ocean currents, sink to the seafloor and then disperse across it, to predict with precision the extent of seafloor…(Read More)