UK: Arithmetica has appointed point3D a reseller for Pointfuse. Point3D will be the first US reseller of the recently released Pointfuse V2, which represents a new generation of point cloud 3D modeling software. The launch of Pointfuse V2 in Europe demonstrated a new paradigm in the processing of laser scanned point cloud data…Read more. US: The Open Geospatial Consortium (OGC) is requesting public comment on the proposed GeoRSS Community Standard. First available in 2006, GeoRSS is a simple, yet powerful, approach for geo-enabling RSS/Atom feeds – that is, tagging them with location information…Read more. 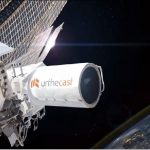 Canada: UrtheCast Corporation has announced the quarter four and the final financial results for the year ended on December 31, 2016. For 2016 non-IFRS revenues, the company reports a fiscal of $49.9 million, and shows a 95% increase over fiscal 2015 non-IFRS revenue, which sums up to $25.5 million…Read more.

Cloud is a prefix to Internet of Things, believes Mladen Stojic 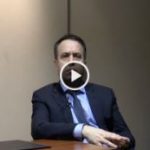 In an exclusive interview with Geospatial media, Mladen  Stojic, President of Hexagon Geospatial says, Cloud is a prefix to Internet of Thing; without cloud IoT is not possible.  Stojic also shares his view on how factors boosting the global cloud market and its benefits. 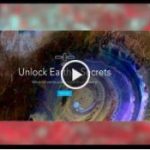 Esri has developed its new Landsat Explorer web app. The app helps in visualising planet Earth and understand how it has changed over time. The web app offers global coverage with over 500 new scenes added every day. It is driven by publicly accessible image services hosted on Amazon Web Services and directly usable in a wide range of applications.

Are you attending Oman Geospatial Forum 2017? Oman has witnessed an unprecedented economic development in recent times, and is looking towards economic diversification. The most significant players in this development will be various government departments and business enterprises. They will have to ensure sustainability of this growth by ensuring healthy uptake of enabling tools.