China: As part of a major push to become one of the leaders in space exploration, researchers in China have tested a demonstration version of a reusable, hypersonic spacecraft in the vast Gobi Desert in late February, as reported in the media. According to the South China Morning Post, the Chinese space vehicle took off from Jiuquan Satellite Launch Center in Inner Mongolia before reaching speeds greater than five times the speed of sound, about 1,715 meters per second, and landed safely…(Read More)

Drones in Agriculture: Undeniable value and plenty of growth, but not the explosion others predict

US: Agriculture was touted as one of the first industries that would leverage the rapid development of commercial-grade small unmanned aerial vehicles (sUAVs) and incorporate them into its practices. Early on, the use cases for an aerial analytics platform were evident to drone solution providers, farmers, and agronomists. As a result, large numbers of drone solution providers have entered the market over the past 5 to 7 years, either specializing in agricultural solutions or having it as part…(Read More)

US: ILS, a U.S.-based leading global commercial launch services provider and UK headquartered Effective Space announce their intent to contract to deliver two of Effective Space’s SPACE DRONE spacecraft into orbit. The Proton Breeze M rideshare launch is planned for 2020 from the Baikonur Cosmodrome in Kazakhstan. “ILS is focused on serving the satellite industry with flexible, and affordable launch solutions and our agreement with Effective Space is a perfect example of that…(Read More)

Dubai government to make all data public by 2021

UAE: Dubai government will open an extensive collation of data to the public and private businesses by 2021 as part of its endeavors to make Dubai a more connected city, reported The National. Providing information to the public to selling data to businesses, the Smart Dubai Office along with Dubai’s Supreme Legislation Committee will provide residents access to information that was previously very difficult to obtain, said Younus Al Nasser, assistant director general of Smart Dubai and chief executive…(Read More)

Preparing itself for monitoring the implementation of the UN Sustainable Development Goals (SDGs), the Director-General of Rwanda Utilities Regulatory Authority (RURA), Patrick Nyirishema, feels that satellite communication can play a significant role in facilitating the implementation of SDGs. “African countries acknowledge ICT as a pillar for socio-economic growth. And, satellites play a key role in connecting Africa to the rest of the World,” Nyirishema said…(Read More)

Japan: Japanese automaker Toyota is planning to invest 300 billion yen ($2.8 billion) with two of its suppliers to form a new company dedicated to the research and development of self-driving vehicles. The main objective of this development is to develop “production-quality software” for automated driving. Toyota will own 90% of the company. It will start off with 300 employees, eventually rising to 1,000. “This company’s mission is to accelerate software development in a more effective…(Read More)

Did you know which are the top 3 smart cities in the world? 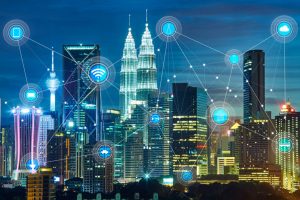 A city is characterized as smart city “when investments in human and social capital and traditional (transport) and modern (ICT) communication infrastructure fuel sustainable economic development and a high quality of life, with a wise management of natural resources, through participatory action.” Smart cities would not be only more happening, livable and offer a better quality of life than normal cities but would also have the latest state-of-the-art infrastructure and technological connectivity that would make living more fulfilling…(Read More)

Address search experience on Google Maps gets better for India

Google India made some key announcements today that is aimed to solve the problem of address search on Google Maps. These come in the form of four new features that you can now start using Google Maps. They are Plus Codes; Smart address search; Add an address and, Indic language navigation. Here is a brief on each of these features. Google officially announced Plus Codes — which represents a simple and consistent addressing system that works across India and globally. We already broke the news two weeks back on this. Smart Address Search is a new approach by Google…(Read More)

The Indian Space Research Organization (ISRO) and Airports Authority of India (AAI) have implemented the GPS Aided Geo Augmented Navigation-GAGAN project as a Satellite Based Augmentation System (SBAS) for the Indian Airspace. The objective of GAGAN to establish, deploy and certify satellite-based augmentation system. Watch an exclusive interview with A.S. Ganeshan…(See Here)