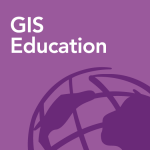 India: To impart GIS skills to graduates and working professionals through a set of comprehensive education programs in India, the Indian Institute of Engineering Science and Technology (IIEST)-Shibpur and Esri India announced the launch of a Centre of Geospatial Excellence (CoGE) in the eastern region.The CoGE will launch various short and long-term programs that will be co-designed with senior faculty members from IIEST and domain experts… (Read More) 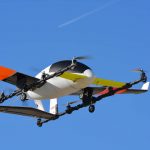 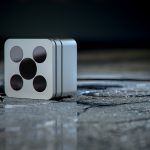 Sweden: The automotive safety systems firm Autoliv has agreed to acquire some of Sweden-based firm Fotonic i Norden AB’s LiDAR and Time of Flight tech assets, according to recent reports. Fotonic i Norden, for those unfamiliar with the name, is a firm that designs, further develops, and then manufactures LiDAR and Time of Flight camera systems. The new acquisition agreement relates to the transfer of various intellectual property rights, development + prototyping assets… (Read More) 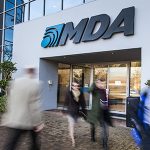 US: On Thursday, following the successful closing of its merger with MDA, DigitalGlobe announced that Jeffrey R. Tarr, President and CEO, DigitalGlobe, will depart the company. To ensure a seamless transition, Tarr will serve as an advisor to Maxar Technologies through at least January 2018. “On behalf of the Board, I want to thank Jeff for his leadership and service to DigitalGlobe,” said General Howell M. Estes III (USAF, ret.), Chairman of the DigitalGlobe Board… (Read More) 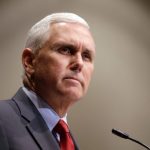 US: The National Space Council of NASA, chaired by Vice President Mike Pence held its first meeting on Thursday. Making it clear that space is a national priority, Pence announced a call for renewed U.S. leadership in space, with a recommendation to the President that NASA help lead and shape the way forward.In the meeting, NASA was specifically directed to develop a plan for an innovative and sustainable program of exploration with commercial and international partners… (Read More)

A tale of two Koreas: 10 maps show sea of contradictions between the two nations 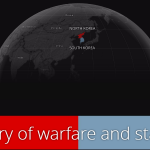 The highly secretive and isolated state of DPRK (Democratic People’s Republic of Korea) – commonly known as North Korea – stands in stark contrast with its southern neighbor, the Republic of Korea (South Korea). The glaring divergence between the two Korea’s could not be more acute despite a shared history, culture, language, ethnically homogeneous demography, and a unified existence as one country before 1948. North and South Korea exemplify how peculiar political systems… (Read More)

UN proposes setting up a global database for drone registration 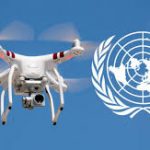 The United Nations’ aviation agency, the International Civil Aviation Organization (ICAO), is planning to have a singular ledger for drone registration. The main purpose of this move is to ease things for law enforcement as with a record of all drones registered at one place, in case of any issue, they don’t have to sift through each country’s individual UAV ledger.It is not yet clear as to who will create and maintain the proposed registry. ICAO is responsible for charting uniform regulations… (Read More)