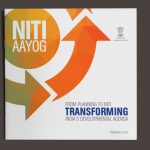 India: Niti Aayog, Indian government’s flagship think tank, has asked state governments to launch GIS-based planning tools from the next financial year for efficient tracking of government programs and service delivery. GIS-based planning is aimed at improving planning and monitoring of government schemes. It is also useful in the tracking of progress on crucial socio-economic indicators that foster regional growth, said the Aayog. Niti Aayog, along with the National Centre of Geo-Informatics…(Read more) 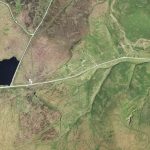 UK: High-resolution aerial photography for a major conservation project to protect and transform moorlands in northern England has been provided by Bluesky.  Bought by The Moors for the Future Partnership, as part of the Euro16 million MoorLIFE 2020 project, the Bluesky photography provides a bird’s eye view of the area, reducing the need for site visits. The imagery helps identify areas in need of attention and is used to accurately estimate quantities of materials needed for works…(Read more) 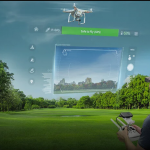 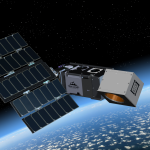 US: Hurricanes adversely affected the United States this year. In the past few months, the US and Caribbean regions have weathered a large number of catastrophic storms. In order to understand why we are witnessing such drastic changes in tropical storm patterns, Blue Canyon Technologies (BCT) will build a constellation of CubeSats for an observing system that will enable NASA to monitor environmental inner-core conditions for tropical cyclones. The 3U spacecraft will be built…(Read more) 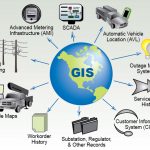 US: The global geographic information system (GIS) market is expected to grow to USD 11.2 billion by 2025, as per a new report by Grand View Research. The rising adoption of GIS in infrastructure development, urban planning, and smart cities coupled with increasing location-based services are some of the key drivers of the GIS market. Multiple decisions are taken using GIS, including tracking a store location, predicting climate change and analyzing a crime pattern…(Read more)

Uprooted from their own homeland, the Rohingyas community, which is known as the world’s most persecuted minority, have fled oppression and extreme violence in Myanmar’s northern Rakhine state. The crisis invoked one of the biggest humanitarian crisis in the history of humankind and horrific killings and mass rape, which according to an estimate, led to the displacement of 5, 82,000 Rohingya refugees from their homes and seek asylum on a foreign land, Bangladesh…(Read more)

Get Ready, Get Set for GIS Day 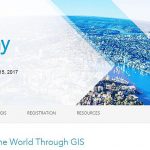 What better way to celebrate GIS Day than to host or attend an open house or a workshop that demonstrates the power of mapping. This year’s worldwide GIS festivities will occur November 15, and already there are hundreds of events planned in North America, South America, Africa, Asia, Europe, Australia, and New Zealand. For example, the Center for Spatial Studies at the University of Redlands in California will host an open house with hands-on GIS demonstrations and games…(Read more)