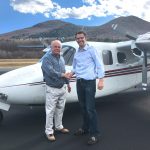 US: British aerial mapping innovator Bluesky International is expanding its business into North America following the acquisition of Col-East, a Massachusetts-based aerial survey company. Col-East has been mapping the Northeast United States for 65 years and will continue as Col-East International Ltd., forming the U.S. arm of Bluesky…Read more. 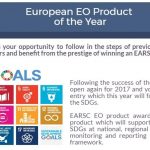 Europe: Following the success of the EO Product of the year, the EARSC has opened invitation to submit your entry which this year will focus on products supporting the SDGs. As it attracted a strong competition last year, with the final award winner being “Rocket in your Pocket” by Jeobrowser, the invites for submitting this year’s applications has opened…Read more. 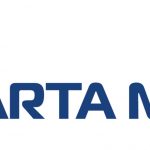 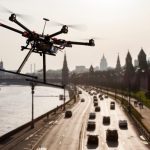 US: SimActive has announced a fully-integrated solution with Asian surveying market, Tianlifa. The partnership results in a high-end mapping product featuring the new China Star drone from Tianlifa and SimActive’s Correlator3D…Read more. US: Orbital acknowledged the unauthorized access of SSL’s data and fired the employee, but did not respond to questions about the scope of the breach or about five other Orbital employees whom NASA said may have read the SSL documents, the lawsuit said.…Read more.

World Bank has come up with an interesting interactive map to show that Earth has lost 1.3 million sq km of forest cover — an area larger than South Africa — in the last 25 years. The average annual average loss of forests has been 50,000 sq km, an area the size of Costa Rica, as per data from World’s Bank’s 2016 Edition of World Development Indicators…Read more. 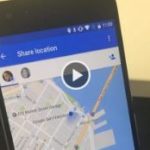 Google Maps has added a new feature that will reveal your real-time location to your contacts. The feature can help users in fixing up meetings, and sharing their whereabouts just by sending a link. This link will be generated by enabling the location-sharing feature by tapping on a blue dot that represents where you are.

NASA says sea ice at record lows on both poles 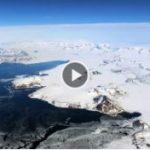 Our poles are melting. The combined Arctic and Antarctic sea ice numbers were at their lowest point in March 2017 since satellites began to continuously measure sea ice in 1979. NASA says the poles have lost sea ice larger than Mexico during this period.