Global geospatial imagery analytics market to reach to $13.21 billion by 2022 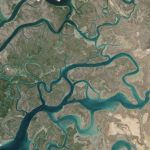 US: According to a new global geospatial imagery analytics market report published by MarketsandMarkets, the market is estimated to be USD 3.41 billion in 2017 and is projected to reach USD 13.21 billion by 2022, at a CAGR of 31.1% from 2017 to 2022. The report brings about 61 Market Data Tables and 28 Figures spread through 118 Pages. This growth can be attributed to significant advancements in the field of geospatial imagery analytics with the introduction of AI…(Read more) 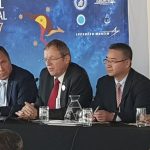 Australia: The long awaited announcement to open the National Space Agency of Australia finally came on Monday from the floor of the International Astronautical Congress in Adelaide. The announcement was made by the South Australian senator Simon Birmingham, who has been lobbying for it with the Space Industry Association of Australia and the South Australian Government. Senator Birmingham said, “This agency will be the anchor for the domestic coordination…(Read more) 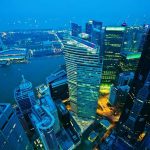 UK: Ordnance Survey International (OSI) has been contracted to support project lead the National University of Singapore and the Singapore Government with its continued vision to be a Smart Technology world leader. The two-year project will address the automation challenge of converting IFC-BIM, which is building and construction industry data, into CityGML, an open standardized data model and exchange format that stores digital 3D models of cities and landscapes. The automated conversion…(Read more) 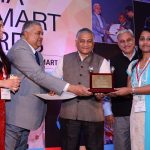 India: To encourage young scientists, Rachapudi Kamakshi Memorial Gold Medal for ‘Young Geospatial Scientist’ has been instituted by Rachapudi Kamakshi Memorial Trust. The award consists of a Gold Medal, Certificate of Merit and a Citation Plaque. The award will be presented to the selected young researcher during the World Geospatial Forum, 16-19 January 2018 at HICC, Hyderabad. Basic criteria for the award will be the research work carried out in the field of…(Read more) 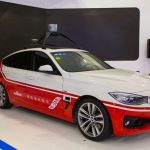 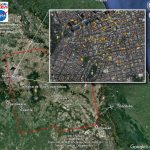 NASA has created a map of areas heavily damaged by the 7.1 magnitude earthquake in Mexico. The map is helping Mexican government and other private agencies in relief and rescue operations. The quake, whose epicenter was in Pueblo, caused enormous loss to life and property. Scientists at NASA’s Jet Propulsion Laboratory(JPL) and Caltech, both located in Pasadena, California, used before-and-after interferometric synthetic aperture radar ( InSAR) satellite imagery of Mexico…(Read more)