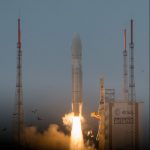 Guiana: Ariane 5 rocket lifted off from French Guiana on December 12, carrying four new navigation satellites into orbit for the European Space Agency (ESA). The rocket took off from the Guiana Space Center in Kourou at 1:36 p.m. EST with the new Galileo navigation system satellites, which will join 18 existing ones in orbit. The European Union is adding more members to its own satellite-navigation system, the Galileo constellation, which will function much like the United States’ Navstar GPS system…(Read More)

ImageSat and Terran Orbital to develop a high performance microsatellite 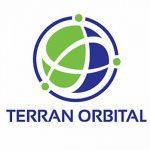 US: ImageSat International (ISI) and Terran Orbital have announced today that ISI has contracted Terran Orbital to develop a high-performance microsatellite, RUNNER, to be used for earth observation and imaging. RUNNER will feature performance and mission characteristics enabling it to support the establishment of a high-revisit constellation for ISI, which will complement its EROS-B very high-resolution satellite and the high-performance, ultra-high resolution OPTSAT-3000 satellites…(Read More) 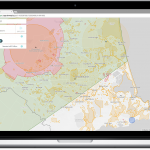 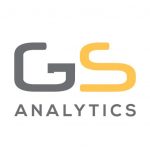 US: GeoSpark Analytics has launched BlueGlass, its flagship platform. BlueGlass collates millions of data points and provides machine speed reporting on trends and events in user-defined geographic areas. The launch is supported by an additional $2 million investment from Zero Gravity Capital. “Government and corporate leaders need to plan and react with the best information available and with speed,” said Omar Balkissoon, CEO of GeoSpark. “We built BlueGlass to answer the question  ‘what’s…(Read More) 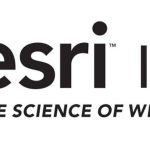 India: Esri India has launched the Hindi version of Portal for ArcGIS, a component of ArcGIS Enterprise that allows users to share maps, scenes, apps, and other geographic information with other people in the organization. According to 2001 Census, 53.6% of Indian population declared that they speak Hindi either as first or second language, in which 41% of them have declared it as their native language or mother tongue. Hindi is also the fourth most spoken language in the world, after Mandarin, Spanish…(Read More) 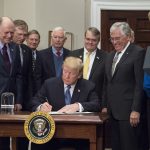 US: US President Donald Trump has signed the White House Space Policy Directive 1, which offers a change in national space policy that provides for a U.S.-led, integrated program with private sector partners for a human return to the Moon, followed by missions to Mars and beyond. The policy calls for the NASA administrator to “lead an innovative and sustainable program of exploration with commercial and international partners to enable human expansion across the solar system and to bring back to Earth…(Read More) 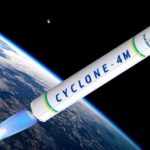 Canada: The developers of Canada’s only commercial spaceport are hopeful that as many as a dozen rockets will lift off per year from a proposed site near Nova Scotia’s eastern coast. Supporters of the project assembled in a Halifax boardroom on Monday to plan the next steps, which will rely first on the province approving an environmental assessment plan early next year. Stephen Matier, president of Maritime Launch Services, was optimistic after the meeting, saying the group is expecting to be building…(Read More) 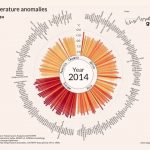 In just 35 seconds, a new video illustrates how drastically temperatures in each of the world’s 191 countries have changed over the last century. Created by Antti Lipponen, a researcher at the Finnish Meteorological Institute, the video uses temperature anomaly data from NASA to show that despite year-to-year variations, communities across the globe are experiencing significantly warmer temperatures since the early 20th century. Lipponen has shared his video using Flickr’s Creative Commons…(See Here)

Know how GIS is a key driver for Philippines army 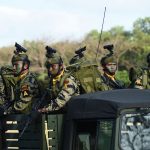 In an exclusive interview with Geospatial World, Brigadier General Ricardo Nepomuceno, Chief of Command Center of Philippines explains how GIS plays an important role for Philippines army. Watch the full interview to get full insight…(See Here)