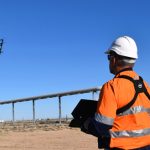 Australia: Airscope, a Perth, Australia-based inspections and asset visualization company, has used the Intel Falcon 8+ drone to extend these benefits further by developing computer-generated 3D models of entire hydrocarbon processing facilities off the North West shelf of Australia and in the Cooper Basin, effectively bringing the field into the boardroom for more effective asset management. Industrial digitization is predicted to generate $421 billion in cost reductions…(Read more)

UK: Marine geospatial products provider TCarta, will highlight the uses of its Global GIS Bathymetry Package, Marine Basemap, and Satellite Derived Bathymetry datasets for safe and profitable operations of maritime vessels in coastal environments at Oceanology International. The conference and exhibition will be held March 13-15, 2018, in London. TCarta personnel will be staffing Stand A30 in the Oceanology exhibit hall to demonstrate the ease with which TCarta’s marine geospatial products may be accessed online and downloaded into common GIS and mapping software…(Read more)

BlackSky readies its next-generation of EO Smallsat for launch

US: BlackSky today announced the first of its next generation of small Earth observation satellites is complete, qualified, and awaiting launch. This spacecraft, called Global-1, is the first of four smallsats that are scheduled to launch in the next year on both US and foreign launch vehicles. Global series of spacecraft builds on the success of BlackSky’s initial technology demonstration spacecraft, called Pathfinder, which was launched in September 2016. The Global spacecraft provides 1-meter resolution and features improved image quality, geolocation accuracy, and on-orbit lifetime…(Read more)

UK: The government in the UK will review the existing laws on public safety with regards to self-driving cars, according to a Guardian report. The government will contemplate on issues like whether the type of transport requires new criminal offences. The announcement makes it clear that the government wants to pioneer the use of autonomous vehicles on Britain’s highways in the near future, albeit it presents major challenges to the existing system of law, which includes presumption of…(Read more)

US: The United States Geospatial Intelligence Foundation (USGIF) has furthered its partnership with the DigitalGlobe Foundation. Together they will grant 14 schools under USGIF’s Collegiate GEOINT Accreditation Program access to DigitalGlobe’s satellite imagery archive and cloud-based service Basemap. “DigitalGlobe Foundation’s partnership with USGIF on promoting the geospatial tradecraft creates a force multiplier in our common objective to reach out to educational institutions worldwide,” said…(Read more)

UK: SkyLine-X, developed in partnership with Airways New Zealand, is to be showcased at the World ATM Congress in Madrid from the 6-8th March, 2018. A collaboration with Kazaeronavigatsia, the ANSP of the Republic of Kazakhstan, to implement SkyLine-X will be announced at this year’s event. The SkyLine-X Air Traffic Management solution incorporates more precise aircraft and airspace monitoring, trajectory-based operations, encrypted voice and data communications and weather planning integration, enabling easier information sharing between airports, airlines and an ANSP…(Read more)

5 women pioneers of the geospatial industry

While traveling to work today (March 8), as I received the first ‘Women’s Day’ greetings, my mind started ticking….I wanted to reply differently, and boom! My heart coined a new definition of these lovely beings on Earth; Winning Over Means staying Eternally Nurtured! Women are known for living for others, and it is the high emotional intelligence quotient that makes them rock as leaders! Being an integral part of the geospatial industry, on this…(Read more)

Having right things at the right place and right time is important and Internet of Things (IoT) plays a big role in ensuring the whole process runs smoothly. When we generally talk about IoT, it is generally tagged to electronics, wearables or making lifestyle more personalized and smarter. But there is much more to this technology. One sector where IoT has made a major impact is logistics…(Read more)

Amazing news folks! You can now get a free virtual tour of Disney Parks. Google Maps now giving you free virtual tours of Disney Parks around the world, precisely for 11 of them at this time. This is incredible because – according to a 2017 report on CNN, Disney parks in the United States and Japan held seven of the top 10 spots and 12 of the top 25 spots…(Read more)

Planet has created programs to democratize data and generated leads and demand for the commercial sector, Andy Wild, Chief Revenue Officer of Planet, tells us in an exclusive interview. With its Mission 1 complete – that is covering the Earth 24×7 – the company is now moving into creating actionable insights for its customers. We have been a putting a lot of satellites in the space and have been fully focused on that…(Read more)

How is Location transforming our business? Location Analytics + Business Intelligence 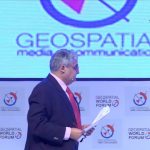