Lisbon: Geospatial Media and Communications has conferred its annual Geospatial World Awards 2015 to outstanding professionals and organisations for developing innovative geospatial tools and products, implementing valuable policies, and applying geospatial technologies for delivering timely results in the most resource efficient manner. The annual awards were given out during the Awards Night and Gala Dinner function of Geospatial Media and Communication’s annual mega conference – Geospatial World Forum 2015.

– National Geospatial Information Agency of the Year 2014: Kadaster, The Netherlands

The Lifetime Achievement Award was conferred to Lawrie Jordan. Founder of ERDAS and Director – ESRI, Lawrie has been among the harbingers of the application and utilisation of remote sensing in GIS with over 35 years of industry association. Lawrie has served on two blue-ribbon Defense Science Board panels which transformed the former Defense Mapping Agency (DMA) into the National Imaging & Mapping Agency (NIMA), now NGA. A recipient of U.S. Government Medal for outstanding service to the United States and also of the Department of Defense James S. Cogswell Award, the U.S. Government’s highest award for excellence in the Industrial Security Program, Lawrie has been an inspiration to young students through his lectures at CIA University’s Advanced Leadership Development Program.

For exemplary implementation of geospatial policies and programmes, excellence awards were given to:

– General Commission for Survey, Saudi Arabia, and ROLTA for establishing the ‘GCS –GeoPortal’, which innovatively allows multiple users to collaborate and support the disaster management agencies in the Kingdom by providing comprehensive and up-to-date datasets which are essential for emergency management and response.

– Department of Municipal Affairs Abu Dhabi (DMA), UAE, for establishing the ‘Municipal Spatial Solutions Infrastructure (MSSI), for DMA, municipal users and the general public, with application like the ‘QR-code on Site Plan.’

– Telekom Malaysia Berhad, Malaysia, for ‘SaveME 999 Deaf’ a mobile-client based application using internet text messaging for emergency services to be accessible and being offered nationwide to the general public for Person with Disabilities (PwD) offering accurate location identification of the emergency incident and utilising the GPS.

– INNOVATE UK and Glasgow City Council, UK, for ‘Future City Glasgow Program,’ providing global leadership in demonstrating how older, more established cities can be transformed into the smart cities of the future.

– Innovation in Digital Elevation Modeling was conferred to Airbus Defense and Space, Germany for their ‘WorldDEM’ made available from January 2014 for the Earth’s entire land surface, with accuracy surpassing that of any satellite-based global elevation model available today and thereby defining a new industry standard.

– Innovation in Land Cover Mapping was conferred to the Ministry of Science and Technology (MOST), China, and the National Administration of Surveying, Mapping and Geo-Information (NASG), China, for their ‘Global Land Cover Map’ covering the entire Earth’s land surface. 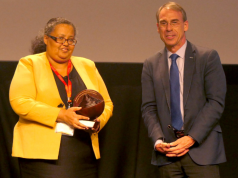 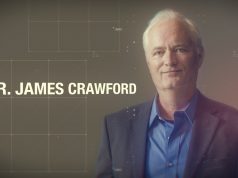 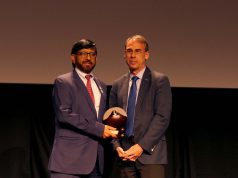