UK: 3D mobile mapping technology company GeoSLAM reported a strong six months of growth on Thursday, with sales increasing by 150% when compared with 2016-17. The first half of 2017 also saw the UK-based company double staff numbers, with notable senior appointments including Richard Betts as the new CEO and John Allan as Vice President of Sales and Marketing.

GeoSLAM’s global distribution network has grown too, surpassing the 50-mark in July. As a result, GeoSLAM now has a presence in 43 countries across six continents – including new signings in China, the USA and Germany.

GeoSLAM’s CEO Richard Betts attributes the success to rising demand from the construction sector. He said:

“We’ve certainly noticed an increased awareness of the need for accurate, reliable and rapid mapping amongst the surveying and engineering community. With our ZEB-REVO, we have met that need, allowing customers to build a highly accurate 3D model of any environment in minutes.

“Ultimately, it has been a fantastic year so far for us. Now, as we look ahead to the future and supported by our new website, we have our sights set on further growth, and cementing ourselves as the global leader in the field of 3D mobile mapping technology solutions.”

Founded in 2012 as a joint venture between CSIRO (Australia’s National Science Agency and the inventors of Wi-Fi), and 3D Laser Mapping (a specialist provider of 3D LIDAR solutions), GeoSLAM has gone from strength to strength in the space of just five years.

Earlier this month, GeoSLAM released a Digital Engineering whitepaper, which sets out the benefits of embracing digital technology in construction and engineering – sectors which are often reported to be slower to catch on to the benefits of digital solutions over traditional ‘pen and paper’ processes.

The whitepaper also echoes the latest forecasts revealing that growth in the construction sector will rise by 70% across the world by 2025, with big data analytics, developments in scan-to-BIM, drones, mobile connectivity, sensors and other digital technology playing a significant role in enabling this growth. Click here to download the whitepaper for free.

GeoSLAM is looking forward to a busy Autumn schedule, exhibiting their 3D mobile mapping solutions at a number of global geospatial shows, including Intergeo in Berlin, London Build in the UK and BIM Forum in Dallas, Texas.

For more information and to read the whitepaper in full, visit www.geoslam.com. 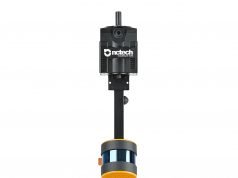 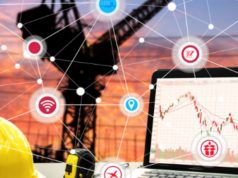