US, March 20, 2015: MAPPS, the association of private sector geospatial firms, has announced the election of George Southard of Trimble Navigation, to the MAPPS Board of Directors, representing the association's Associate Members.

At its winter conference in January, the MAPPS membership approved a change to the association's bylaws to create a non-voting, ex officio seat on the Board, to be elected by and from Associate Member firms.

Southard is the first to hold the seat, having been elected by his fellow Associate Members earlier this month. Southard has been an active participant in MAPPS since 1993. He's served on various committees and presented at MAPPS conferences. He has served on the MAPPS Membership, Aerial Acquisition, Program and Associate Members Committees.

He has been Chair of the Associate Members Committee and most recently as the Chair of the UAS Sub-committee to the Aerial Acquisition Forum. Southard has been on the association's Nominations Committee for several MAPPS Board elections and was the MAPPS representative to the ASPRS Frank Moffitt Memorial Scholarship Committee.

"We're pleased to have George join the Board," said MAPPS President Jeff Lower (Precision Aerial Reconnaissance (PAR). He is a recognised leader in our profession and will bring a valued and respected voice to MAPPS and our Board. " 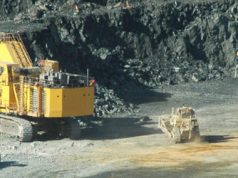