US: General Dynamics C4 Systems has completed a Mobile User Objective System (MUOS) satellite communications (SATCOM) demonstration by connecting a US Air Force C-17 mobility aircraft, flying over the Pacific Ocean, with a simulated airlift operations center at Scott Air Force Base, Ill. Using MUOS-equipped AN/PRC-155 radios located in the aircraft and on the ground, Air Force observers at Scott Air Force Base were able to talk with the airborne C-17 aircrew, exchange data and monitor the flight status of the aircraft using the MUOS satellite communications system.

Over the course of the four-day demonstration, the MUOS-Manpack PRC-155 two-channel radios aboard the aircraft consistently sent and received secure voice and data communications, including in-flight position and location information, from the aircraft to the operations center at Scott Air Force Base. The MUOS Manpack PRC-155 radio also used a loosely coupled airborne networking suite to route flight-path changes from the command center directly to the pilot and aircrew, displaying the information on portable cockpit mission displays. Data from the aircraft's flight computers traveled securely from the PRC-155 radio, over the MUOS satellite and down to the PRC-155 radio in the operations center allowing Air Force personnel to watch the aircraft's flight on their mission tracking/status workstation displays. 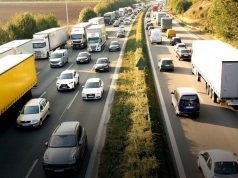 What are the challenges of shared mobility in India?