Australia: Fugro has got a bigger contract now to conduct a search of the missing Malaysian flight MH370.

Also, now Fugro will deploy an additional survey vessel, the Discovery en route to Perth from the United Kingdom to map the sea floor bed.

In our earlier story we reported that Fugro is using one survey vessel Equator to survey an expanse of 60,000 square km area of ocean over a period of one year.

A tripartite meeting was recently concluded between the senior ministers from Australia, Malaysia and the People's Republic of China to discuss progress in the search operations.

Fugro had won the contract from Australian government in June this year to carry out a search of the southern Indian Ocean sea floor for missing Malaysia Airlines flight MH370. 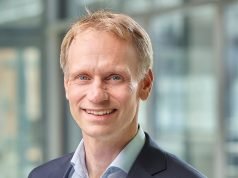 Geospatial data for an interconnected world