UK: Foursquare is now supporting geotags on Reddit posts as part of the content sharing platform’s attempts to improve the experience for users by allowing them to add more place-based context to their photos and postings.

The partnership is limited to the content that Redditors post and does not include Reddit’s ad targeting and analytics programs, David Ban, Foursquare’s director of business development tells GeoMarketing. The company also hastens to add that location tagging is not automatic and that users can opt-in or out of using the tags at their choosing.

The integration between Foursquare and Reddit comes a year after a series of deals the location intelligence provider has made to support place-based content. Apple, Samsung,  Twitter, and Snapchat have struck alliances with Foursquare as the idea of location becomes entwined with contextual information.

At the same time, other platforms such as Facebook are looking at ways to take more internal control of their location information. For example, the social network’s Instagram appeared to drop Foursquare’s Swarm check-in function from its app, though no specific reason was no given publicly.

Nevertheless, Foursquare sees the Reddit integration as part of a momentum that has 100,000 developers using its location information to provide place-based accuracy.

“The Reddit team cares deeply about finding ways to enhance the creator experience on their platform, and Foursquare’s API is a natural addition, providing key location context when it’s needed,” Ban says.

“This partnership with Reddit represents a continuation of Foursquare’s momentum and success in working with industry leaders in the tech and social space. It shows the increasing importance of location awareness in the digital world, and demonstrates that Foursquare’s location data is first-class.”

“What does it mean? For content creators who want to provide more details, location will now be an option. It’s an opt-in feature and will never be required—but it will allow redditors the ability to attach a venue, whether that’s your office HQ, that faraway airport with a grammatically incorrect sign, or when you’re on site for breaking news,” he adds. 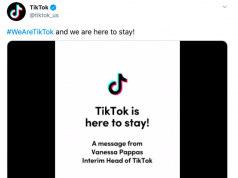 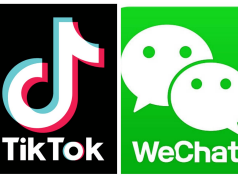 US bans WeChat and TikTok downloads from Sunday