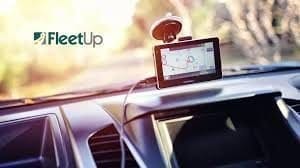 US: Every year, Teleton Chile, a telethon charity, raises millions of dollars in funds for children with developmental disabilities.

Since 1978, the telethon has raised enough to help build 13 rehabilitation centers in Chile, known as the Teleton Rehabilitation Institute.

As the charity and institute expanded, so did the number of ambulances and other transportation vehicles used in their rehabilitation centers.

To keep up with the growth, the charity chose FleetUp, a software engineering company, to help keep track of their growing vehicle numbers.

“It’s been very gratifying to find that sort of technology system service that is easy to use. In our past experiences with other systems, our operators and controllers couldn’t use it due to its complex system. But with FleetUp, it’s simple to track and it’s user-friendly for our employees,” said Jaime Carmona Gonzalez, Teleton Chief Transportation Supervisor.

Gonzalez said since using FleetUp’s tracking services, they’ve had complete visibility of their vehicles that drive thousands of miles on several routes from the mountains to the sea. According to Gonzalez, FleetUp delivers outstanding performances in location, route, platform management, expense control, consumption and other endless services.

“They’ve made us feel like a valued customer, it’s great having an exceptional team that is committed to providing permanent support in everything that we need,” said Gonzalez.

“We’re proud of the hard work our FleetUp team has done to make sure charities like Teleton thrive over the years,” said Ezra Kwak, FleetUp Chief Technology Officer. “Our bond with Teleton Chile is unique and we are humbled to work for such a great cause and even greater people.”