A pioneering technique to detect plastics floating on the sea surface, led by scientists at Plymouth Marine Laboratory, has been published this week in Scientific Reports.

Earth observation scientists analysed data from the European Space Agency’s Sentinel-2 satellites to develop this new approach, which demonstrates for the first time that aggregated patches of plastics floating in coastal waters can be detected by satellites.

Using this method, aggregations of plastic particles larger than 5mm (macroplastics) were also distinguishable from naturally occurring floating materials, such as seaweed, driftwood and foam, with an average accuracy of 86% across 4 case study sites.

This technical challenge, primarily funded by the Natural Environment Research Council’s ACCORD research programme, is the first step towards developing an operational method of detecting floating plastic patches in waters all over the world.

The next stage was to identify floating plastics. Thanks to a collaboration with the University of the Aegean, who shared information on deployed plastic targets for their new study into plastic litter, the team was able to know exactly what Sentinel-2 was ‘seeing’ through the FDI and, therefore, able to build an optical signature for floating plastics. These known plastic detections were supplemented with validated plastics data detected after severe flooding in Durban, South Africa. Once the plastic signatures were established, the team then began the same process for natural debris, such as driftwood, seaweed and seafoam, which are likely to be mixed in with the plastic patches.

With the algorithm development and validation complete, the team began searching for plastics ‘in the wild’. Based on published studies and social media posts, they detected aggregations in two developed countries – Canada (San Juan Islands) and Scotland – and two developing countries – Ghana (Accra) and Vietnam (Da Nang).

Manually, they selected pixels that were suspected to be dominated by plastics using the spectral signature and the FDI, as well as a Normalised Difference Vegetation Index (NDVI). Then using an automated approach, floating materials were differentiated using a Naïve Bayes (Bayesian) classification model. This Naïve Bayes classifier is a probabilistic algorithm, which calculates the probability of a detected pixel belonging to the material classes it has been trained with; in this case, known plastics, seawater, driftwood, seaweed and sea foam.

Across the four study sites, suspected plastics were successfully classified as plastics with an overall accuracy of 86% (San Juan Islands 100%, Accra 87%, Scotland 83% and Da Nang 77%). Less accurate classification resulted from pixels not being sufficiently full with floating debris and a small proportion of suspected plastics being identified as sea foam.

The team will continue to refine the technique to further increase its accuracy in detecting floating plastic patches in turbid coastal waters, and large river systems.

Dr Lauren Biermann, Earth Observation Scientist at Plymouth Marine Laboratory and lead author commented: “Plastic pollution is a global issue. This method will hopefully provide a stepping stone for satellites and drones to be used to tackle the marine plastics problem at the end of the product lifecycle. However, we will only ever make meaningful progress if we also tackle the source and reduce the amount of plastics produced”. 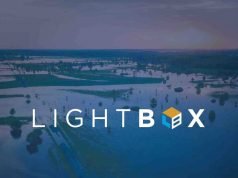