US: FARO has announced the release of the next generation of the Tracer platform for laser-guided assembly and verification, the TracerAdvanced Laser Projection System. Tracer is a fully integrated, optimized solution that includes both innovative, improved hardware built upon the very successful TracerM product and the best-in-class BuildIT Projector software. Demonstrations can be scheduled at http://www.faro.com/demo/in.

Like its predecessor, TracerM, TracerSI uses 3D Computer Aided Design (CAD) information to project 3D laser images onto a physical surface and provides a live, visually rich virtual template which assemblers can use to quickly position components with precision and complete confidence. This solution can deliver significant ROI as organizations no longer have to invest capital in physical templates i.e., wood or metal mold or tools which also have to be built, maintained, stored or even repaired. Additionally, real-time manufacturing errors are minimized and, as a result, costly scrap and reworks costs are reduced. There are actual, documented cases where rework and scrap savings alone have payback periods as short as 90 days.

TracerSI will transform 2D imagery and its use in every industrial application as it represents the first of its kind laser scanning camera, with projection and high-resolution image scanning capabilities throughout its entire projection volume. Since the laser scanning camera does not rely on lenses or conventional image capture, the depth of field is equal to the full projection range, there are no lighting limitations since it is laser illuminated, and there are no limitations on frame size and resolution. This combination of laser scanning imagery and high accuracy projection establishes a new industry standard for repeatable laser-guided assembly.

TracerSI moves guidance assembly one major step forward through its native support of feature-based alignment. With feature-based alignment, retroreflectors i.e., special targets that reflect light back to the original source, do not have to be placed on or around the object or assembly. This substantially reduces the time required for setup. Next, to synchronize alignment, the system performs high-resolution image scans of the part or assembly to match known features (holes, edges, etc.) to the CAD model.

Enhanced Efficiency with In Process Verification

TracerSI is the first laser projector that enables In-Process Verification, or IPV. IPV uses the advanced laser scanning camera in conjunction with BuildIT projector software to perform quality checks. Throughout the assembly process, at any point, users can quickly run an image-based quality check and confidently take any corrective or preventive actions to facilitate the end to end assembly process. This includes the ability to detect presence or absence of features during the assembly process or at final assembly. Additionally, at any point, loose fragments can be detected and cared for with the distinctive Foreign Object Debris (FOD) feature.

“We continue to build upon the expertise that we acquired through our acquisition of Laser Projection Technologies in 2016”, states Pete Edmonds, Vice President Factory Metrology. “Our initial focus was towards building a better laser projection product but key learnings from the market indicated that there was a need for laser projection system that combined hardware and software in a tightly-aligned, repeatable solution. By integrating the BuildIT Projector software with the Project and Inspect Tracer SI hardware platform, we have taken another major step forward in realizing our vision with the scanning laser camera to be the undisputed solution leaders across the end-to-end build by projection and inspection market”. 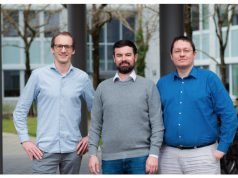 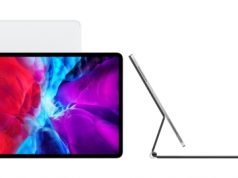