The NUAIR's Northeast U.S. test site is now the fifth out of six nationwide sites cleared by FAA for operations.

Cornell Cooperative Extension is the first client approved for test flights and it will use PrecisionHawk drones.

US senator Charles Schumer said, "I am confident that this will be the first of many more test flight approvals in the near future, and I will continue to push the FAA to move as quickly as possible because these test flights have the potential to bring thousands of jobs and millions of dollars in economic revenue to the entire region over the next few years."

NUAIR officials stated they will set up an independent safety review board and create a flight plan before commencing test flights. Each of the six national test sites will concentrate on different areas of research.

NUAIR is a consortium of about 40 public and private entities and academic institutions in New York and Massachusetts to set up a FAA-designated test site for drones in the Northeast, based in New York and Massachusetts. The consortium will focus its research on developing "sense and avoid" technology to keep unmanned aerial systems from crashing into other aircraft or objects. 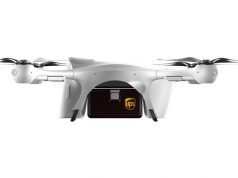