Canada: Explor Geophysical has announced to have acquired a high-density 3D seismic survey that attained trace densities ranging from 2.5 million to 5 million seismic traces per square kilometre, which is in itself is a new record.

Over 115,000 source points were acquired on a single 120 km sq. 3D seismic survey. This trace density was achieved in each of the three components recorded, enabling processing and interpretation of both pressure waves and shear waves.

“The benefits of high density 3D surveys go far beyond the delivery of outstanding subsurface images. Using high density 3D seismic, our clients are able to exploit the associated high quality seismic attributes to build a robust and reliable reservoir characterisation model, including the delineation of fractures and sweet-spots in unconventional reservoirs, which lays the foundations for improved business decisions.” – Allan Châtenay, President, Explor.

This 2017 survey follows a 2016 survey in which Explor demonstrated the value of high trace densities with a 3D seismic survey that attained trace densities of 1.25 million to 2.4 million traces per square kilometer.

The 2016 survey imaged steeply dipping faults and small fractures that were not resolved on adjacent recently-acquired conventional surveys, leading to significant changes in the drilling plans for Explor’s clients.

Both 3D surveys were acquired in fully stakeless mode using real-time GPS positioning to deploy over 13,000 three-component seismic nodes. Positions for the seismic nodes were derived directly from the nodes themselves using a method that Explor has been developing since 2011. Source point positioning was achieved using RTK GPS positioning with real-time remote monitoring.

Source trails were meticulously planned using high resolution satellite imagery and LiDAR.  These source trails were prepared to a maximum width of 2.75 metres, just wide enough to permit the mini-vibrators to travel along these meandering trails.

To support the complexity of mulching these pre-planned meandering trails, line preparation equipment was equipped with GPS navigation systems connected to a central command center that monitored their positions in real time. 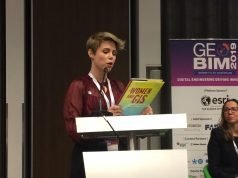 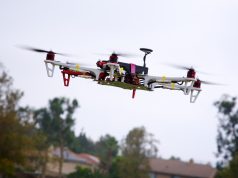 In a first of its kind, drone survey to acquire land in Indian state Punjab