Canada, December 1, 2014: exactEarth, a provider of satellite AIS data services, has integrated three advanced in-orbit AIS satellites into its exactView constellation through a contract. Under the contract, exactEarth has purchased one satellite and is procuring data from two licensed satellites.

“We are pleased to announce the expansion of our exactView network with these additional in-orbit AIS satellites, which are operated through a global network of 13 Earth stations. In addition our ground station network is rapidly expanding towards 23 strategically selected locations around the world to provide the lowest latency service and highest detection performance available using exactEarth's patented AIS detection technology.” said Philip Miller, VP of Operations and Engineering at exactEarth.

“With the inclusion of AIS data from three more satellites and our ground network expansion our customers will continue to benefit from the industry leading service that they have come to expect from exactEarth. The continued expansion of our exactAIS based products and services is part of our commitment to providing customers with the world’s best space-based global ship monitoring service,” he added. 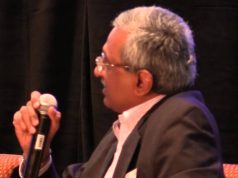