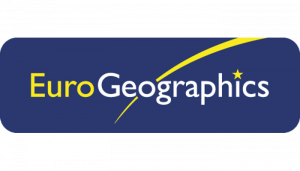 Forty-five members of the Association for the European National Mapping, Cadastral and Land Registry Authorities have contributed to EuroGlobalMap, which now includes fields for the Trans-European Transport Network (TEN-T) within the updated transport theme, specifically links for railways (RailrdL) and road networks (RoadL). The latest release also includes updated information for the 1: 1 million dataset’s administrative and settlement themes. It is available at www.eurogeographics.org/form/topographic-data-eurogeographics.

Angela Baker, Sales, Marketing and Channel Manager, EuroGeographics said: “As a result of these latest updates, three themes have been generalised from our more detailed products, 1: 100 000 EuroBoundaryMap and 1: 250 000 EuroRegionalMap, giving even greater confidence that the information provided is consistent, comparable and easily shared — regardless of its national source. We have also updated the metadata and checked its compliance with INSPIRE metadata regulations.”

Since its launch in 2013, more than 6,500 users have downloaded EuroGlobalMap. Feedback indicates that they greatly value high quality, reliable data from official national sources and that open data provides a great first step in discovering the wider benefits of a pan-European map and land information.

The 2018 release of EuroGlobalMap covers 45 countries and territories and comprises six themes: Administrative boundaries, names locations, transport networks, settlements, elevation; and the water network. It is available free of charge under an open data license from www.eurogeographics.org and enables a wide range of applications, including mobile mapping, demographic and socio-economic analysis, hydrology, energy and environment modeling and in education and research. It is also ideal for cartographic visualization across Europe.

EuroGeographics is an international not-for-profit organization (AISBL/ IVZW under Belgian Law. BCE registration:  833 607 112) and the membership association for the European National Mapping, Cadastre and Land Registry Authorities. It currently brings together 63 members from 46 countries.